Contest winner: When do the ends justify the means? 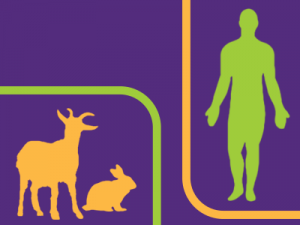 This post is one of three selected as a winner of this year’s blogging contest. The author is a Biology major, Trinity 2015, who has asked not to be named.

One of the greatest personal ethical dilemmas that has arisen in my time at Duke is: when do the ends justify the means?

I work in a pharmacology laboratory at Duke, and many of the reagents (or “”ingredients””) in my experiments come from animals. As a result, I think about the justification for the use of animals in medical research often. Every day, I see tubes labeled with phrases such as Goat anti Rabbit, which means that the antibody was obtained from goats and rabbits grown specifically for this purpose. At first glance, it’s easy to forget the pain and suffering the animal endured in an invasive bleeding procedure to produce this clear, almost invisible liquid. But upon further reflection I’m left with a nagging feeling.

The purpose of biomedical research is to improve human health through science, which is often an open-ended process of discovery. We cannot know which attempts will lead to success and which will lead to failure. To combat the nagging feeling, I remind myself of the broader goals of the project and whether each experiment is key in meeting those goals. I remember that experiments can be expensive not just in terms of ever-elusive grant money, but also in terms of the life of an animal that produced the fetal bovine serum I use to grow cells.

Because I agree that the end of goal of improving human health is important, I am able to ethically justify many of the experiments that I do. Still, at the end of the day when a technical failure happens and my western blot comes out looking like several inconclusive smudged lines, I feel less certain about how the use of these animals is pervasive in biological research.

This question of when do the ends justify the means stretches beyond the use of animals for medical research into other realms of Duke students lives. We think about the morality of our career choices. Last semester, I joined a conversation with several of my friends debating whether it is ethical to spend a few years doing work that you believe is not in the interest of society to make a large paycheck and set up for a career serving others later down the line. While we agreed that the question was important, we did not come to a consensus. The practical option may not be the one that “feels right.”

These questions don’t have easy, cut and dry answers. I’ll never be a strict consequentialist, believing that only results matter. And that persistent feeling that something is wrong is something to be taken seriously, even if only to attempt to resolve the cognitive dissonance. In the rest of my time at Duke, I hope to develop a more thorough ethical framework to answer these questions – and sleep better at night.