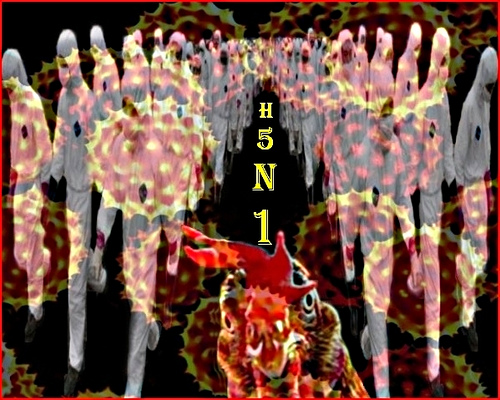 Media censorship is always a contentious issue, but recently, the battleground has moved to scientific research.

According to an Economist article, “Influenza and its Complications,” the U.S’s National Scientific Advisory Board for Biosecurity (NSABB) asked the world’s two leading scientific journals, Science and Nature, to censor research on the H5N1 flu virus.

Ron Fouchier of the Erasmus Medical Centre, in Rotterdam, and Yoshihiro Kawaoka of the University of Wisconsin-Madison have been working on a strain of the avian flu that can be transmitted person-to-person and were on the verge of publishing their results. Fearing that the details of their work may be used as a bioterrorism blueprint, the NSABB asked for a moratorium on the publication of this work.

As a result, the World Health Organization met earlier this month to discuss how best to disseminate this “sensitive information” and carry out such research in the future. According to the New York Times, a panel of 22 experts convened in Geneva and ultimately, decided, against the U.S’s wishes, to continue the research and to publish the papers in their entirety.

I think that the answer to the first question is rather clear cut.  The government should be able to censor any publication (scientific or not) that poses an imminent threat to our national security interests.  Given that the publication of the details of this work could facilitate the development of a killer pandemic virus, its dissemination should be limited.  Terrorists may currently lack the technology to create this strain, but the information itself poses an “imminent” threat.

Although the WHO ruled that the “theoretical risk of the virus’s being used by terrorists is far outweighed by the ‘real and present danger’ of similar flu viruses in the wild, and by the need to study them and freely share information,” I disagree that the information should be open to the public.  If their argument is that this information is not dangerous because only experts with the right technology could engineer this virus, then shouldn’t the information be confined to these experts in the first place?  I doubt that most of Science and Nature’s readers could contribute meaningfully to the study and surveillance of the H5N1.  In this case, a need-to-know basis for dissemination is sufficient.

However, I don’t think that the government should have jurisdiction over the nature of the research that is conducted. Instead, it can exercise influence through other means such as grants and safety regulations. For example, Dr. Kawoaka’s lab is classified as Biosafety Level 3-Agriculture, the highest level at the university and half a notch below the top level anywhere of BSL4.  His facility is constructed according to standards established by the U.S. Department of Agriculture (USDA) and the Centers for Disease Control and Prevention (CDC) and undergoes routine federal inspection for safety and security.  Moreover, has received over $17 million in funding from the National Insitute of Allergy and Infectious diseases, a branch of the National Institutes of Health.

With regard to the second question, the answer is less obvious.  If terrorists create a deadly strain of avian flu based on Fouchier and Kawaoka’s research, are these university scientists culpable?  Were the scientists on the Manhattan Project morally responsible for the deaths in Hiroshima and Nagasaki?

I think that intentionality is the key.  Scientific research is meant to be a neutral field whose sole purpose is to advance knowledge. The aim of science is apolitical, as should be the driving intentions of scientists themselves. Although outside actors may manipulate scientific findings for good or evil means, science itself is supposed to be neutral.

Thus, insofar as Foucheir and Kawoka’s only intentions are the advancement of our knowledge on the H5N1 virus, I believe that they are not morally culpable for the application of their research.

That being said, given the realities of bioterrorism and today’s increasingly globalized world, it may be wise for scientists to submit to the “vetting” of their research in published works.  Science is no longer a bastion of knowledge and advancement but also a formidable weapon.