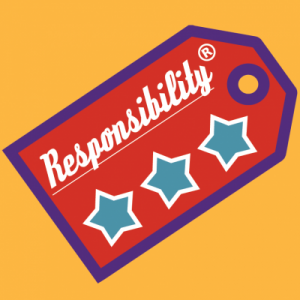 In high school, it was common and acceptable to seek out service opportunities for prestige, not necessarily for strong belief in advancing an organization’s goals. We did what we thought we needed to do in order to get into our college of choice, and in college we look for service experiences that at least to some extent can improve our future job prospects.

With these self-serving goals in mind, it’s easy to lose focus of how effectively we can actually ameliorate the problems faced by communities we serve. For example, tutoring an inner-city school student may draw focus away from the root problem of why the public school system is struggling. Ultimately, it’s always more convenient to focus on the surface level problems and piecemeal solutions than to consider fundamental changes that are more difficult to realize.

In the same way, corporate social responsibility is more of a band-aid for bigger problems than a real solution. It allows corporations to pursue responsible decision making to a minimal degree, justify weaker regulation, and obscure dialogue pushing for more substantial changes, proving to be inadequate in serving social interest as its name would imply.

And yet, corporate social responsibility is everywhere. You see it on Black Friday when ads boast that all sales will go towards a particular charity. You see it in car manufacturers advertising fuel efficiency that reduces carbon emissions. You see it where large oil corporations initiate development programs in Nigeria.

The expectation of corporate social responsibility is so pervasive that even our daily conversations reflect it. We patronize Target over Walmart because of how well they treat their workers. Our loyalty towards a certain brand is based on whether or not they use slave labor to manufacture their clothes.

The problem is, corporations will only help society as much it helps them.  Indeed, corporate social responsibility is used more as a tool to advance corporate interests rather than to actually advance societal benefits. This means that corporations are willing to commit to corporate social responsibility initiatives that will only go so far as to maintain their image of responsibility with minimal effort but never so far as to dip into profit margins or freedom from regulation, as more substantial goals would likely require. It wouldn’t make sense then, and it may even be more harmful, to rely on corporations to pursue more substantial challenges.

Take for example the development of hybrid vehicles and its role in combatting the challenge of climate change. Toyota created a product that would “save the environment” to appeal to consumers either looking for fuel-saving or environmentally friendly vehicle options. Driving hybrid vehicles reduces carbon emissions, but in reality the reduction is only about 10% so the excess carbon in our atmosphere is far from becoming a non-issue. Instead of focusing efforts on reconfiguring our infrastructure to make public transportation the main mode of transport, we’ve been distracted and swooned by efforts towards developing products that will emit a little less but, of course, continue our reliance on cars. Corporate social responsibility allows concerns to be placated by incremental solutions while the underlying problems continue to be extremely damaging.

In other cases, the attempts at social responsibility end up being more damaging than helpful. Shell initiated development projects so that the communities affected by pipeline construction, or at the least the leaders capable of preventing it, would be more open to it. Many such projects were quickly abandoned once the pipeline was built, but nevertheless contributed to reported corporate social responsibility spending. Being able to claim social responsibility serves to argue against the need for government regulation, even as the ones in place are already weak and unable to be enforced, especially on multinational corporations. It is even more difficult considering the political influences corporations hold in terms of campaign contributions and interest groups.

Corporations wouldn’t subscribe to corporate social responsibility without the favorable consumer perception, increased political power, and profits that come along with it. This self-interest is what drives corporations to consider incremental improvements over substantial ones. Corporate social responsibility provides an opportunity for corporations to positively influence society, but its limits (at their core based in self-interest) make it dangerous to depend on as the way to solve the world’s most pressing problems.

Instead, express demand for higher standards for corporate social responsibility and corporate social responsibility reporting through your consumer choices.  Express demand for a government that holds corporations accountable, instead of a government run by corporations, through your power to vote for representatives that call for institutional reform. Corporations are not the heroes that will make our problems disappear, so we need to start looking to ourselves for solutions.

This is an adapted version of an op-ed written for PUBPOL 187FS.01: Globalization and Corporate Citizenship. It appeared in the Duke Chronicle as a guest column piece.