An ode to The Office 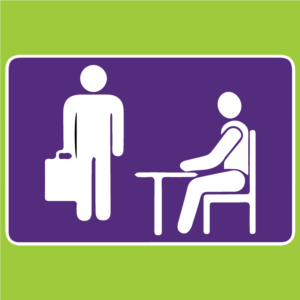 Way before I actually watched it, my news feed was saturated with The Office gifs. Short moving slices that captured the show’s most iconic lines: “I’m not superstitious, but… I’m a little stitious.” I was late to The Office train, but once on it, I rode it all the way through a whole semester, even slowing down when I reached the later seasons because I wanted to savor the ending of the show.

Even in the show’s worst seasons (5 and 7, indisputably), it felt like it captured so much of what frustrated me at Duke. I found myself thinking of Michael Scott’s incompetence and ignorance everytime a Duke student asked me, “Why is your English so good if you’re from India?” Even The Office’s gentle stereotyping of Kelly Kapoor and Oscar felt lovable, though I doubt the show would have been produced now.

But my favorite thing about The Office isn’t its iconic characters and quotes (though there’s several of them). My favorite thing about The Office is the several lessons to be learnt from the show. My favorite storyline is Jim’s. At the beginning, he’s the office prankster; his adorable romance with Pam and his jokes on Dwight are the backbone of each episode. In the end though, when he starts a new company, the show’s storyline doesn’t take the easy way out. His business doesn’t take off easily; he has marital issues; and he misses Cece’s ballet recital. The Office’s larger lesson is that even in that situation, there’s always something to laugh at.

The TV shows I’ve watched have always said a lot about who I am and where I’ve been in my life. The summer between 8th and 9th grade, I was obsessed with Desperate Housewives; I was fascinated by what it meant to be a woman and how the choices women made narrowed their horizons. My freshman year at Duke, I learned from The Unbreakable Kimmy Schmidt that it didn’t really matter what people thought of who I was – as long as I was being true to myself. The Office is about a desire to laugh but also to connect with contemporary issues. At Duke, it can sometimes feel like there’s not a lot to laugh about when you have three deadlines and a test on a Tuesday. Those are the days I pull up The Office to be reminded by Dwight that hard work is important, to learn from Oscar that being condescending about knowledge is obnoxious, and to understand from Pam that humility is a virtue. Now, when I pass a laptop at Perkins with The Office pulled up to it, I resist the urge to smile, pull up a chair and discuss whether Creed’s backstory was every fully flushed out or not.

In the words of Michael Scott, “Would I rather be feared or loved? Easy, I want people to be afraid of how much they love me.”