A Protest on Protest 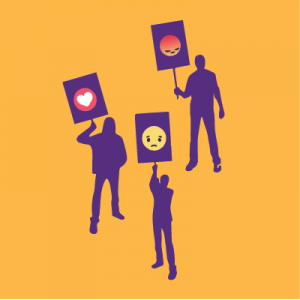 Ever since the result of the election, protest after protest has popped up to contest the Trump administration. On January 21st, 2017, over 5 million people across the world joined 673 Women’s Marches in what became the largest one-day demonstration in US history. A little more than a week later, people flocked to airports all over the country to protest the new immigration ban. As a movement, these protests advocate for human rights policies and legislations, highlighting the many inequalities minorities must face.

Yet, even though I agree with what these marches stand for, I can’t help but feel uneasy with the notion of protesting.

To begin, much of protesters arguments have been that Trump supporters are ignorant – unaware of the privilege they have and the hardship of others. But I’ve seen too many protesters guilty of ignorance themselves, going out to ridicule policies based on their perception of the law rather than what the law actually states. Combating ignorance with more ignorance doesn’t solve the problem, nor does it move us closer towards any agreement. This is not to say that protestors views are not valid, but that they must be informed before acting. They go in with the right intentions, but not the full picture of what is at hand. For example, many of the Women’s March participants only stood for women’s rights, when the demonstration was also meant to stand for immigration, healthcare, environment, and employment reform, as well as LGBTQ rights, racial equality, and religious freedom. Why didn’t they advocate for those issues too?

Understandably, some might say that protesting is the first step towards raising awareness and advocacy. But I believe raising awareness means educating, not a pep rally of chanting one’s beliefs. Hearing “the pussy grabs back” won’t make someone who is sexist suddenly treat women as equals, rather, it might even have the opposing effect. But hearing a better understanding of why feminism is important, and what feminism can do for the world, has a much more meaningful impact.

My next concern is that the protests only further the divide between opposing parties. How does congregating a group of people, who already agree with each other change the minds of people who disagree with them? How does sharing experiences of racism, sexism, and islamophobia make an impact, if those who sympathize with victims are the only ones hearing it? Ultimately, I believe we need people from conflicting sides to communicate with one another to better understand each other’s’ perspectives. Only with these conversations can we unite in a solution – otherwise the country will only continue in this gridlock. I love that liberals advocate for inclusion and fight for the rights of minorities, defending the importance of diversity. But at the same time, we ought to recognize that diversity still includes the views of our conservative counterparts.

There is a reason people hold the beliefs they do. There is a reason people from certain areas tend to hold certain views, as a result of their upbringings and experiences. We cannot categorize large numbers of people as “wrong” or “right” simply by the situations they were placed in, even if we believe the views derived from them to be seriously detrimental. Trump was elected, in part, because a large portion of Americans felt like they weren’t being listened to. But are protests doing to hear them? Is there a more effective way to involve their voices too? I believe that if we keep protesting, keep fighting with blinders on to the opposing side, our country only becomes further polarized–the very country we claim to be “united”.