A Place for Safe Spaces 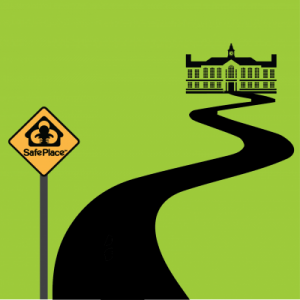 And months later, I am still  angry. As one of the most elite colleges in the United States, the University of Chicago and their controversial declaration set precedence for other institutions across the nation. Their decision promotes a space that can become volatile to misogynistic and xenophobic comments under the premise of ‘free speech’; it enables people to voice their highly offensive and undermining opinions, not in a constructive way, but in an extremely hurtful manner. Yes, it allows people to share ideas, but often it allows people to carelessly discuss controversial issues without considering differing viewpoints. In campus life, this failure to create a ‘safe space’ inadvertently informs students who have overcome great hardships, such as rape, abortion, abuse, etc. that their mental health is subordinate to their education; in not making a ‘safe space’ or using trigger warnings, a university fails to become the home it should be.

As a woman on a college campus, every night I walk around with my keys in my hand, constantly scanning my environment searching for any sign of danger. I am fully aware that I am a member of the female college student cohort, of which one in four of us will be sexually assaulted throughout her college career. And if I were to become one of the TWENTY-FIVE PERCENT of women on a college campus to be violated, I would HOPE my professor and the larger campus would have the respect to create a safe space, a space where people would deeply consider their ideas and the way they convey them.

And it is this knowledge that makes ‘safe spaces’ so crucial—to the nation, the institutions, and each individual. We all come from extremely diverse backgrounds and experiences, and safe spaces are a requirement to foster respectful conversations about controversial issues. At the end of the day, let’s keep our bodies, minds, and SPACES–yes, even spaces– safe.