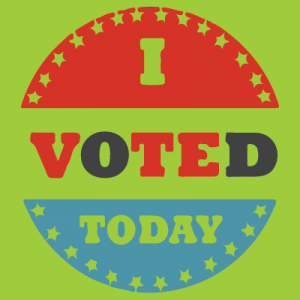 November 3, 2016 was my first time voting in a presidential election.

I’m not sure why, but I was nervous. I stuttered when trying to spell out my last name while checking in and tried way too hard to make small talk with the lady giving out ballots. Looking around, I was surrounded by Durhamites and Duke students, faculty and staff, first time volunteers and election workers who volunteer every two years.

Perhaps it was the scantron-like format making me  feel as if I were taking a standardized test, or maybe it was the lack of conversation around the room that made me slightly anxious. But after some time I realized that it was not the voting process that was causing my anxiety,made me anxious. It was the amount of sacrifice those before me had given that made me feel like I needed to get this right.

The Voting Rights Act of 1965 prohibited racial discrimination in voter eligibility. Just last year, this act reached its 50th birthday –not too long ago, racial minorities would have been met at the voting booth with a literacy test instead of a welcoming smile. So much progress has been made over the last 50 years, including the election of the first African American President. However, there is still much more progress to be made of the blatant cases of gerrymandering that have occurred within North Carolina and elsewhere around the country.

While North Carolina’s most recent case of gerrymandering is being battled out in the courts, it is imperative that everyone take advantage of the opportunity to go and vote. Whether your are a first time voter or a seasoned pro, performing this basic civic duty takes a modicum of political awareness and approximately 10 minutes of your day and serves as a small yet salient act to preserve the memory of those who fought to be ushered into the voting booth.