“The Land Shows Us the Way”: Indigenous Peoples’ Strategies for Coping with the Anthropocene 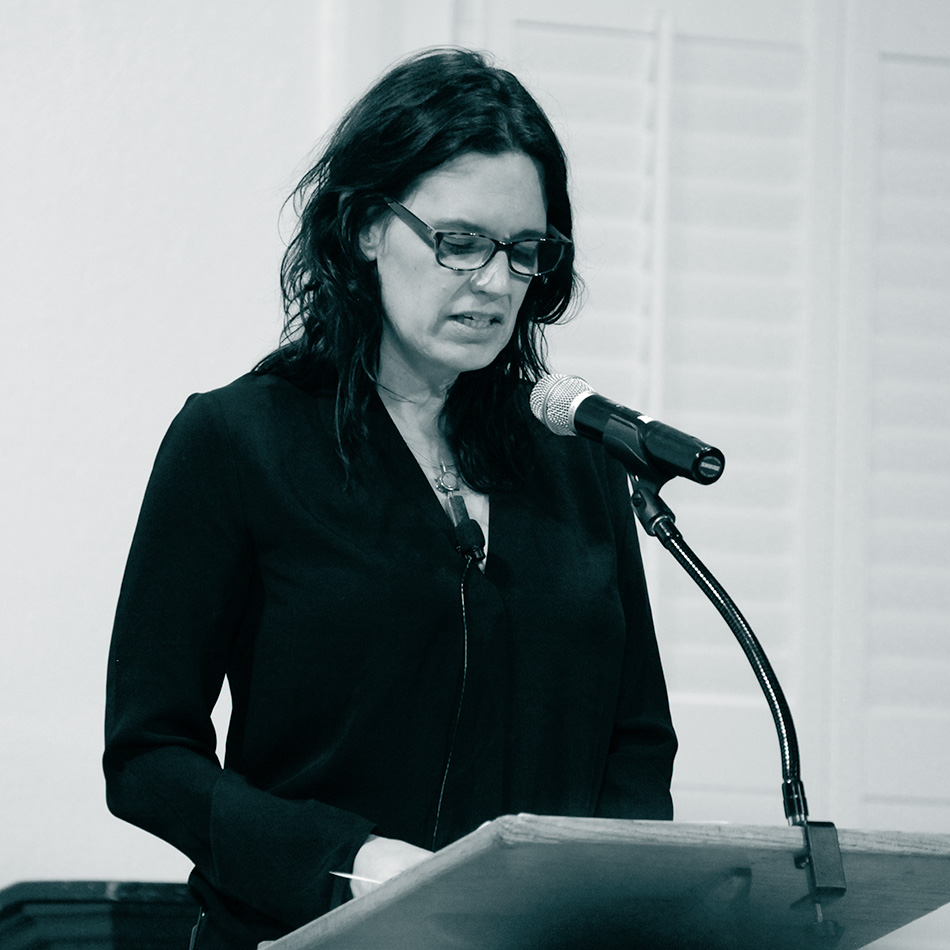 The Annual Facing the Anthropocene Luce Lecture welcomed Michi Saagiig Nishnaabeg scholar, writer, and activist, Leanne Betasamosake Simpson, to campus last week.  Dr. Simpson is a member of Canada’s indigenous Nishnaabeg people and has spent the last two decades “breaking open the intersections between politics, story, and song.”  The two-part program began with remarks from Simpson where she described how her work listening and learning from Nishnaabeg elders taught her to value the collective wisdom of the young, women, and the natural world.  Simpson then engaged in a wide-ranging conversation about environmental ethics with Duke Cultural Anthropology Professor, Christine Folch.

Simpson effectively presented her message in a shared collection of three stories (two narratives and a stop-motion movie) along with a challenge to the audience to write a fourth.  Simpson’s “Radical Resistance” in the context of these examples is embodied by her characters unapologetically carrying on with the ways of the Nishnaabeg people in the face of colonization in the modern world.  These short stories also reflected the strength of women, children, and indigenous communities, whose wise voices have been historically marginalized in the Americas.   In her telling, Nishnaabeg heroes such as the “binoojiinh” (a gender-neutral child) and ancestral spirits of the earth, the trees, and the animals, act in concert with the environment to restore fertility and a sustainable way of life to a world ravaged by gentrification and urban planning. Dr. Simpson embraces a return to traditional Nishnaabeg teachings: a learning process inspired by listening to the environment or “the land shows us the way.”

Listening to Simpson’s talk in the packed Nelson Music Room on Duke’s East Campus were members of North Carolina’s indigenous communities, Duke faculty, students, and interested members of the public.  Moved by Simpson’s dialect, rhythm, intonation, repetition and pitch, one member of the audience praised Simpson’s story-telling at various points in the event saying, “I was really struck by your language…so quiet and soft-spoken.” 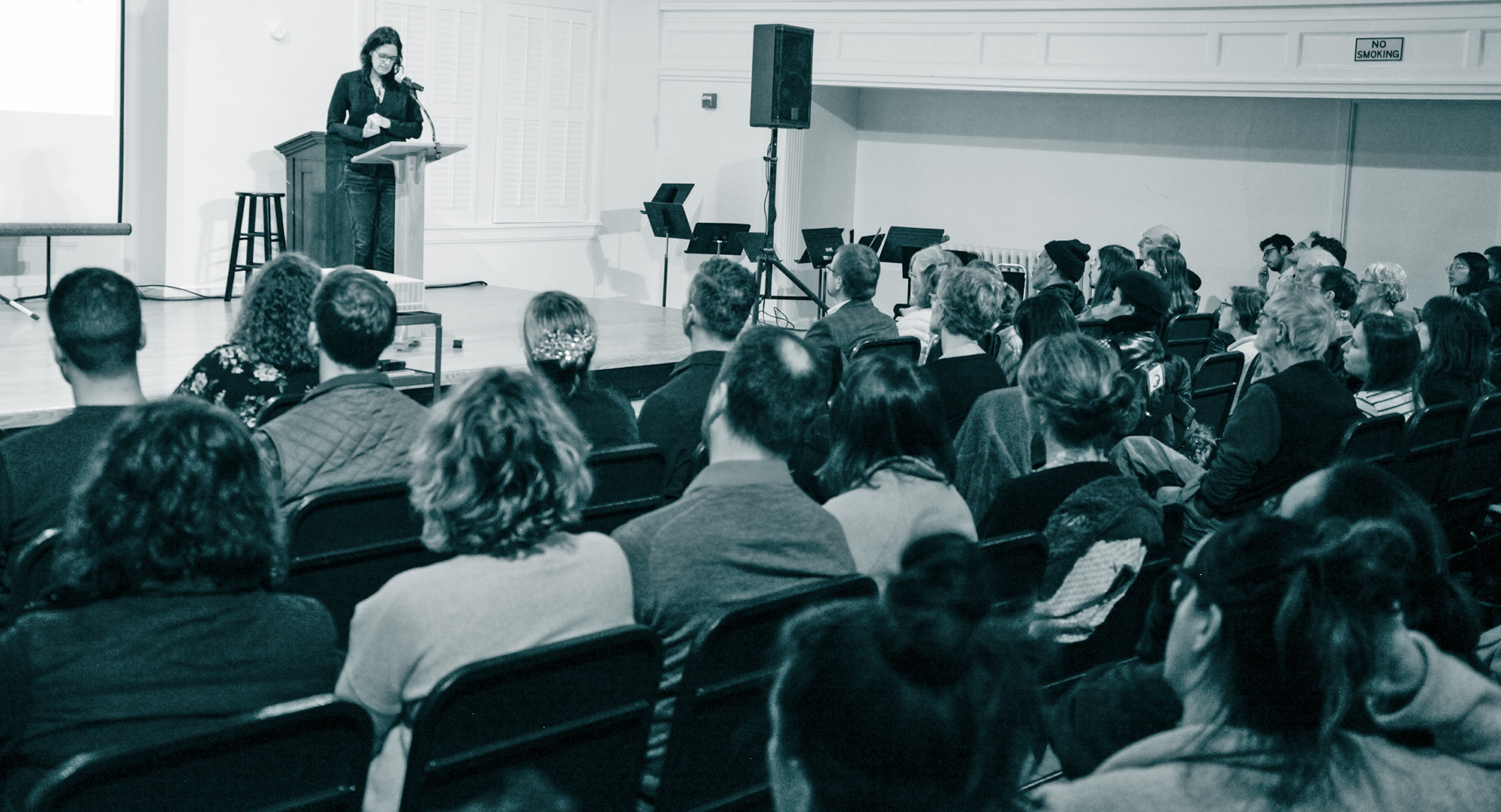 In conversation with Folch, Simpson’s pointed critique of the human and environmental costs that settler colonialism levied on the Americas galvanized the audience. Simpson encouraged her listeners not to “outsource the work of life” by being blinded by the pursuit of material gains: “We [indigenous communities] did not bank money, we banked relationships.” During the discussion, a member of the indigenous Lumbee people of North Carolina remarked that Simpson had given him hope that “picking through the ruins of what the colonizers left behind” could yet yield meaning and hope for future generations as Simpson advised to “breathe as much life as you can into each of the embers you find.” 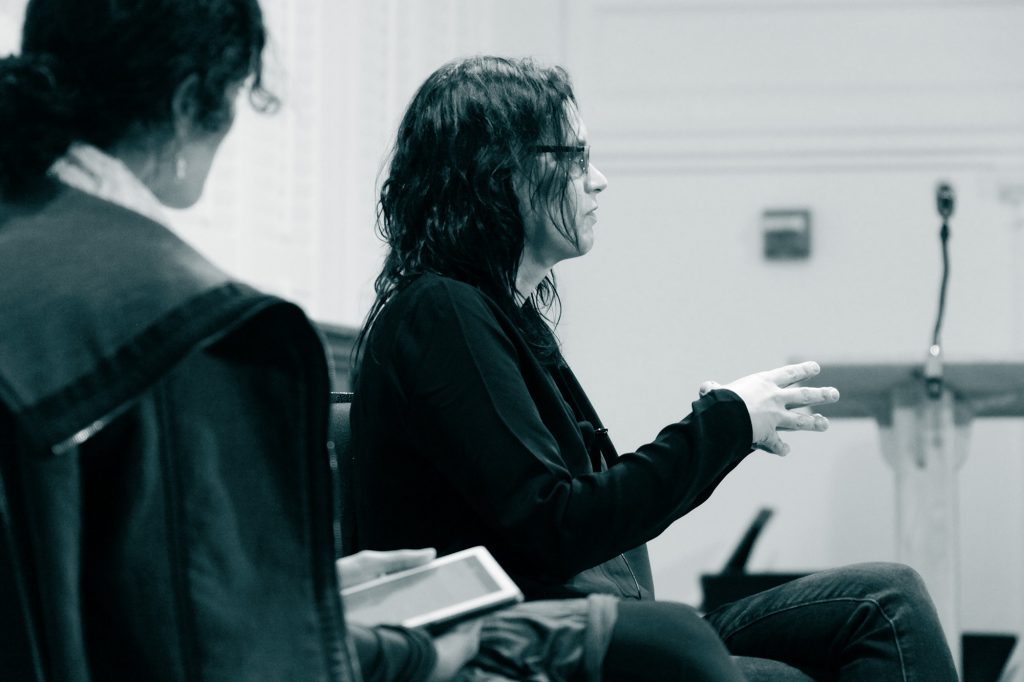 Simpson’s final thoughts were delivered while fielding questions from the audience around what we as scholars, students, people of color, city-dwellers and modernists can do in the face of the Anthropocene:  “Invest in care, support and reciprocity.”  Think and do.

In his introduction to the event, Norman Wirzba (Divinity), Faculty Co-director with Jed Purdy (Law) of Facing the Anthropocene, acknowledged that the Anthropocene era marks the unprecedented moment when humanity becomes a dominant force in planetary history, responsible for the widespread alteration of the world’s land, ocean, and atmospheric ecosystems. Facing the Anthropocene explores implications of this change on humanity’s place in the world and what it means for social and political change.  Central to its mission is exploring the variety of interactions between people and place in the world, which Simpson has made the focal point of her latest book, As We Have Always Done: Indigenous Freedom through Radical Resistance (University of Minnesota Press, 2017).

The Facing the Anthropocene project at the Kenan Institute for Ethics is funded by a generous grant from the Henry Luce Foundation. The program is part of the Institute’s work to bring together experts to study the intersections of faith, culture, policy, community empowerment, inequality and justice as they converge with issues of sustainability, nature and ecosystems.