Your Fave is Problematic 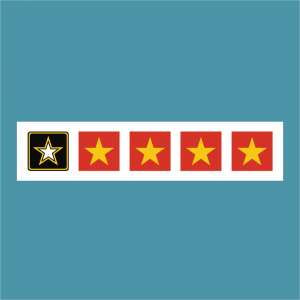 Nearly thirty years ago, the musical Miss Saigon debuted on London’s West End with then 18 year-old Lea Salonga playing the title character Kim, a bar-girl (read: prostitute) who falls in love with a American soldier serving during the Vietnam War. The story is a tragedy loosely based off of Puccini’s opera, Madame Butterfly, in which a geisha is similarly abandoned by her American lieutenant lover.

Without having actually seeing it, I assumed it would be romanticized version of the American involvement in Vietnam, and so I had always stayed away. It wasn’t until this summer, when I stumbled upon a video of Eva Noblezada, the actress who plays Kim in the revival productions, performing “I’d Give My Life for You” live at the Olivier Awards that I felt compelled to listen to the full cast recording. My assumptions were confirmed. Everything I’ve learned about orientalism in popular culture was embodied in almost every song. The bar-girls that work with Kim at the club fantasize about being taken away by the American soldiers to live better lives in the US. The song that Kim’s friends sing at her wedding ceremony is purported to be gibberish, and not actual Vietnamese. In one particularly egregious number, “Bui-Doi”, which refers to the mixed-race children that were created from unions like that of Kim and her lover’s and left behind when US forces left Vietnam, a Vietnam veteran laments “all the good we failed to do”.

In essence, Miss Saigon portrays the Vietnamese as one-dimensional victims, and Americans as tortured heroes. As Viet Thanh Nguyen, who won the Pulitzer for his novel The Sympathizer, puts it, “It fits perfectly into the way that Americans, and Europeans, have imagined the Vietnam War as a racial and sexual fantasy that negates the war’s political significance and Vietnamese subjectivity and agency.” And yet, being fully aware of all these problems, I still found myself listening to the album on repeat for a whole week. I could not deny myself the pleasure of listening to Lea Salonga’s beautiful voice, which would fill with rage, despair, and wonder at all the right times. I still get chills listening to “I’d Give my Life for You”, in which Kim makes a mother’s promise to her son, that she will do everything in her power to give him a life that is better than the one she’s been forced to lead.

I’ve been able to alienate the content from the score and enjoy the music. And I actually think I gain a certain satisfaction from being able to point to lyrics and condemn blatant offense. But I also live with the knowledge that Asian-Americans have actively protested Miss Saigon. Do I have a responsibility to never listen to it again?

You may face a similar dilemma when you realize your favorite shows are actually really homophobic, or misogynistic, or generally full of problematic content. I’ve heard people feel this way about classic shows like Friends or How I Met Your Mother. We can recognize as the years go by that the jokes we thought were so funny actually aren’t at all. And hopefully that means that the shows that are popular now are lot more critical and decent than ones being aired ten years ago.

As for Miss Saigon, maybe the problem is that most people still don’t see anything wrong with it. We haven’t been trained to spot orientalism the same way we’ve been trained to identify a punch line as transphobic or as an example of body-shaming. Does my being able to identify all the problems in a musical give me license to enjoy everything else it has to offer? All I can say for now is that I’m not going to stop listening to Miss Saigon, but maybe next time I’ll do it in a way so that its creators aren’t going to get any more money from appropriating Asian stories for white consumption.