Women-Only Spaces: A Help or a Hindrance? 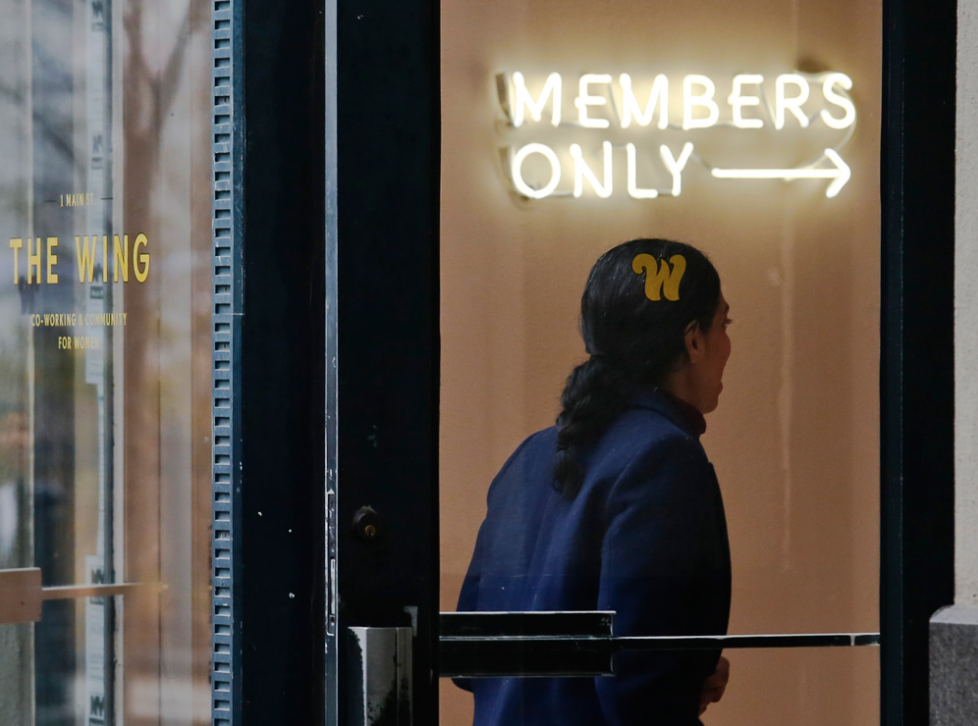 The Wing, an exclusive, women-only club, with many celebrity clientele, such as transgender actress Hari Nef, expanded beyond its two New York City locations and opened its first branch in the nation’s capital last week.  Founded by the chic, thirty-something-year-olds,Audrey Gelman and Lauren Kassan, The Wing is “a network of co-working and community spaces designed for women to promote their professional, civic, social, and economic advancement.” Although the all-access annual membership fee is roughly $3,000, The Wing includes a library only stocked with female-authored books, a healthy snack bar, a lactation room, and a hair salon. Ironically, while The Wing seems to help remedy the historical exclusion of women from men-only spaces, such as country clubs, cigar bars, and not to mention Congress, it violates New York and D.C.’s anti-discrimination laws since it is a for-profit company that excludes those who are not “living as a woman.” Indeed, criticism, particularly from the ACLU, regarding The Wing’s exclusionary membership policy contributes to the larger debate concerning the best manner in which to advance women’s rights.

Although Gelman has stated that women are more effective in an environment absent of men, Justice Ruth Bader Ginsburg, a self-described “flaming feminist litigator”, has long advocated for men and women to work together in order to resolve issues of gender discrimination. In the landmark case, Craig v. Boren (1976), the all-male Court examined an Oklahoma statute that required men, but not women, to be over the age of eighteen in order to purchase a low-alcohol concentration beer.  Finding the Oklahoma law unconstitutional, the Court heightened the level of review applied to gender discrimination cases.  Ironically, although it concerned a male plaintiff, Craig forced the Court to realize the extent to which gender stereotypes pervade the law. Ginsburg, then an attorney for the Women’s Project at the ACLU, deeply favored this tactful strategy for examining discriminatory laws from a perspective of gender-neutrality.  Indeed, just a few weeks ago during a talk at Georgetown Law, Justice Ginsburg reiterated this belief and alluded to her opinion of The Wing stating, “I think that the people who wanted to keep things the way they were would’ve been happy if the women had gathered in their own groups with no men.”

As Gelman and Justice Ginsburg’s opinions concerning the effectiveness of women-only spaces seem to be at odds with each other, I thought about how this debate relates to the eighth-grade girls group at Brogden Middle School.  During her interview, Alice Cheung, founder of Bull City escape, shared that her membership to a women-only group for business owners in Durham has provided her with an invaluable network of support. Furthermore, Bibi Gnagno, the Student Development Coordinator at the Duke Women’s Center, noted that she finds working in a women-only space to be particularly comfortable.  While I agree with Gelman that “women deserve spaces of their own”, I am also wondering if including young men in the group, providing them with an opportunity to also meet and learn from strong women leaders in their community, may have helped to further dismantle detrimental gender stereotypes and promote gender equality.