Wicked and the Election 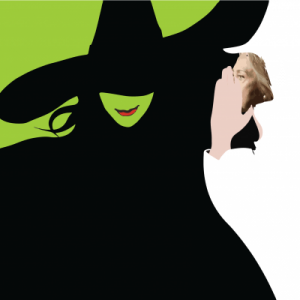 On election night, I got an incredibly poignant snapchat from a good friend. She stared at the camera, straight-faced, while the beginning of “Defying Gravity” from Wicked played. The caption: “HRC to the world.”

Now why does that sound so familiar? Oh yes, election night.

In this allegory, Glinda is Hilary Clinton, and Elphaba represents the people who elected Donald Trump. “I hope you’re happy how you hurt your cause forever!” is not just about Elphaba, it’s saying that the American people have harmed our democracy.

At first, I laughed. You know that scared laugh you make when you’re terrified of what’s about to happen? That’s what I sounded like. It’s exactly what I was thinking. You people wanted to break the system; well just you wait to see what will happen next. You’ll get what you asked for and it’s going to hurt.

But then I remembered that Elphaba is the hero of Wicked. While Glinda is not necessarily the antagonist, she’s definitely not the hero of this story. So what does it say that, in this moment, I was not identifying with the protagonist? I actually thought the hero, the person I should be rooting for, was an idiot.

Elphaba is just presented as a woman who is deeply misunderstood by those around her. She’s not actually wicked, she’s just been hurt and disappointed during her life. Is that not exactly where the American people are right now? They’ve been hurt and disappointed by their leaders. They are not malicious or wicked; they are in pain and misunderstood.

What good does it do anyone for me to sit here and say “I hope you’re happy!” to those people I have so deeply misunderstood? I thought the Wicked Witch of the West was wicked for about ten years of my life until I saw Elphaba’s story in Wicked. I thought Trump-supporters were wicked for the last year or so. Maybe there is another side of this story of this election I need to hear.