Why we need Love, Simon 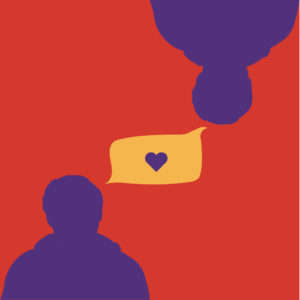 The movie Love, Simon is the first studio movie to feature a gay protagonist. Let that sink in. It’s 2018, and there has only ever been one movie produced by a major film company that tells the story of an LGBTQ+ person’s experiences. Popular discourse on social media within my personal circle has been overwhelmingly in support of the movie, but every now and then a post will creep onto my timeline questioning the necessity of the film. “There’s no way this movie will make any money when its targeted towards such a small audience,” or, “I just don’t think we need this in 2018, the gay rights movement is already over,” and, most concerning and disparaging, “Why do they have to shove the whole gay thing down everyone else’s throats?”

Those comments in themselves are the reasons we’ve needed a movie like Love, Simon for years. Heterosexual romances have been the focus of film since its inception as a media, and the little representation that LGBTQ+ people have been afforded is largely stereotypical and often offensive. In a recent study conducted by GLAAD, (the Gay and Lesbian Alliance Against Defamation, learn more here and view the full study here) only 22 of the 126 major films released in 2015 featured LGBTQ+ representation at all, and not one queer character had a leading role. Furthermore, only 32.1% of these characters were people of color, and 71% of them received less than 10 minutes of screentime. Queer characters that do exist are usually predominantly defined by their sexuality and serve no purpose to the plot, only appearing to serve as an unoriginal punchline and then making a swift, unnoticeable exit.

This is where Love, Simon excels. The film focuses on a closeted, gay high school student who is in every way a “normal” teenager. His sexuality is only one component of a multi-faceted identity. His struggle of not being able to be his true self to his friends and family is fully realized and compelling. Additionally, there are two queer people of color who appear in the film, both of whom are depicted as experiencing their own struggles related to their identities. Sexualities do not define real people like they often do in media, and creating characters that are more than their queerness has seemed to be an insurmountable challenge for Hollywood, until now.

As a gay person myself, the most striking aspect of the film is how incredibly real it is. There were moments when I felt like the screenwriters had reached into my memories and extracted scenes word-for-word. It shows the taboos associated with flirting and the infuriating guessing game you have to play every time you’re interested in someone. It characterizes the pressure placed on LGBTQ+ people to assimilate into gay culture, even if it doesn’t feel natural. It depicts the difficulties of coming out, even to people you know would be understanding. It perfectly illustrates the raw desperation with which you cling to the closet, because it’s impossible to imagine that your life will ever be the same after revealing your most shrouded secret.

Before seeing Love, Simon, I never really thought that I was missing out. I never truly related to typical movie romances, but I could still empathize with the characters and immerse myself in their worlds. However, I have never seen a movie that made me feel so validated. Seeing my struggles on the big screen, knowing that there are people who have experienced and are experiencing the same emotions that I do is profoundly liberating. Sure, it’s a cliché teenage rom-com that follows all the banal plotlines of the genre, but there is so much value in seeing them portrayed through the lense of queerness. For the first time, gay people can witness what it means to be young and in love through media, and straight people can peer into the private conflicts that queer people grapple with. We, and I mean everyone of all identities, need Love, Simon and more movies like it.