Earlier this year, 16-year-old Greta Thunberg made headlines as she blasted international governments for their inaction over climate change. Her words galvanized school children in nearly 1000 cities to strike from their educational establishments in a bid to save their futures. Whether it’s environmental movements, like the one sparked by Thunberg, or even the legalization of sex work, squatters’ rights, or larger economic movements like Occupy Wall Street, ultimately all roads lead back to the city.

Indeed, it’s almost impossible to know where to begin when discussing the intersections of rights and urbanity, in no small part because cities are the arenas in which public protests are staged.  Yet, while all sorts of causes are represented, many citizens and advocacy groups are specifically dedicating themselves to improving urban life in the way Henri Lefebvre imagined when he coined the concept of “the right to the city.”

As discussed in my first blog, the right to the city is a call to action envisioned as a collective and transformative power which would place human needs at the heart of urban governance. Yet, too often today we see the interests of elites and corporations prioritized over the basic inclusivity of the city. In response, a growing number of cities are adopting their own policies and charters to enhance the ability of the city to provide for basic human rights.

In 2011, Mexico City made history by becoming the first municipality to adopt a Right to the City Charter. The result of three years of bottom-up advocacy led by the ‘Movimiento Urbano Popular’ (Urban Popular Movement), then-mayor Marcelo Ebrard described the charter as “the document with the most ambitious goals of what the city should be.” The Movimiento Urbano Popular had also built support from various social justice organizations who combined to form the Coalition of Civil Society Organizations for Economic, Social, and Cultural Rights (Espacio DESC), as well as the Mexico City Commission for Human Rights. After hosting a series of public events, around 3,500 citizens engaged in the fight for a right to the city charter, fulfilling the key sentiment which underlies any urban improvement effort: decisions driven by the collective will of the people.

The aim of the Mexico City Charter was to push government leaders into enacting real policy promising urban equity and was ultimately successful due to sustained public pressure and effective organization of social groups. However, the work of these advocacy groups should not end with the creation of policy, but instead be committed to ensuring that such policy is upheld. One such case in which this hasn’t worked is with Brazil’s City Statute.

Brought into law in 2001, Brazil’s City Statute sought to expand on the nation’s constitutional obligation to “ordain the full development of the social functions of the city and ensure the well-being of its inhabitants.” Led by the Urban Reform Movement, the statute gave municipal governments new planning powers and ensured all Brazilian cities would introduce “master plans” to improve living conditions. Yet, almost two decades later the success of the law is questionable.

In São Paulo, South America’s largest city, around 1.2 million people live in the urban favelas. While the City Statute in theory would give those in poverty their right to the city, the reality of its implementation is starkly different. A conservative city government combined with a corruption filled system means that poor areas originally designated as protected from corporate development are now being unjustly cleared. Ultimately, city officials have reneged on their promises, and have prioritized capital developments rather than the social functions of the city. Moreover, the poverty in Brazilian cities is so chronic, and the city governments across areas vary so much that this federal level policy hasn’t made nearly enough impact in protecting urban residents.

While the statute aimed to be a transformative instrument of urban change, the outcomes haven’t achieved this. Instead, as Mexico City shows, local residents and city dwellers are best placed to decide what is best for their cities. Numerous grassroots organizations and citizens engaged in the drafting of the charter, rather than leave it up to federal officials miles away to dictate their right to the city. Ultimately, the lesson here for social movements is not to simply push for legislation, but to fight for the lasting realization of their legal aims. Without sustained public pressure our institutions and politicians will simply pass a law and say the job is done. 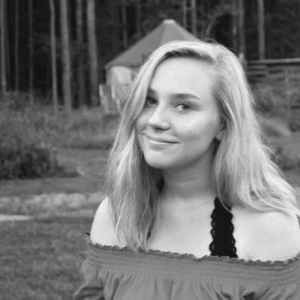