Why Do You Ask?

Last year, The Center for Multicultural Affairs at Duke sponsored a photo campaign #whydoyouask that seeks to explore offensive questions we have asked others as a result of the assumptions we make – assumptions based on race, ethnicity, gender identity, sexual orientation, religious affiliation, or other identity markers. Some of the questions asked can be characterized as microaggression because they employ racial stereotypes. An Asian man was asked, “you are good at Math, right?” An African American man was asked, “You go to Duke? What sport do you play?” Questions such as “Do you speak African/Jewish/Mexican?” show that we are ignorant of foreign cultures and insensitive to those that are different, often informed only by stereotypes, or in the 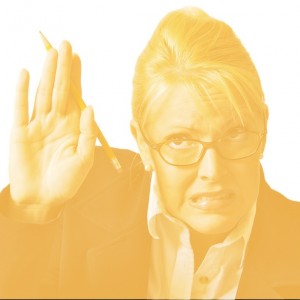 Psychologist Derald Wing Sue defines microaggressions as “brief, everyday exchanges that send denigrating messages to certain individuals because of their group membership.” Microaggressions include statements that imply stereotypes about the minority group, that reflect an ignorant and condescending attitude toward minority culture, that position the dominant culture as normal and the minority one as aberrant or exotic. Stereotypes are oversimplified assumptions about people based on their group membership. Stereotypes are used when there is a lack of information, which may be inaccurate and hence offensive, because stereotypes assume all group members are the same; even the neutral or positive stereotypes—Asians are good at Math—offend those that do not identity with the stereotype.

However, such a stringent definition of stereotyping creates problems. There are questions in the photo campaign that invoke a certain stereotype but do not strike me as inherently offensive if they are asked with the right intentions. The question “are you Native American?” is stereotypical because one is speculating on the other’s ethnic background based on physical appearance. The questions “why do you have an accent?” and “do you speak Spanish?” also makes assumptions about people’s ethnic background. But are all assumptions inherently offensive? Ignorance and stereotyping are not inherently offensive because they are unavoidable: since it’s impossible to have a comprehensive understanding of a foreign culture, we have to resort to stereotypes by nature of the limit of human knowledge.

Is merely asking someone about his or her minority heritage inherently marginalizing and denigrating? Is it offensive or politically incorrect to even ask about anyone’s “un-Americanness?”

The question “do you have watermelons in China” does not offend me as a Chinese person as long as the inquirer does not imply that China is somehow uncivilized and abnormal for being culturally, geographically or historically different. I don’t expect people to know that there are watermelons in China when there are no raspberries, drive-throughs or drinkable tap water, but I do expect people to not make any judgment of “level of development” based on those differences. Yes, Chinese people eat dogs and chicken feet and sell live fish in the market, but that does not make Chinese any less civilized than Americans. Merely asking a question based on a stereotype is not offensive; assuming the different are inferior is.

If too much offense is taken by every ignorant question that invokes a stereotype, people will be discouraged from inquiring about foreign cultures, which could result in further ignorance. Asking questions about foreign cultures is precisely a way to challenge the misconceptions and stereotypes. The way to address a deficiency in global awareness is to have an open and humble attitude conducive to dialogue and knowledge. If we hope to combat and move beyond the single stories that are told about a country, such as poverty in Africa, political oppression in China, and expand our global consciousness, then we can’t be afraid to ask questions, even if they may be ignorant or stereotypical.

We need to learn to walk the line between offending people and engaging with others. We want to be sensitive to people whose background we are not familiar without feeling averse to and excluded from conversation. We can show our non-malignant and non-judgmental intention by adjusting the language and adding language buffers like “I don’t know much about this but can me tell me more about…” “Please don’t be offended by this but may I ask…” We can never know our own ignorance and what may offend others, but we can’t let that prevent us from interacting with and learning from others and the opportunity to change some of the ignorance.