Who’s to blame when there’s no lunch money to take? 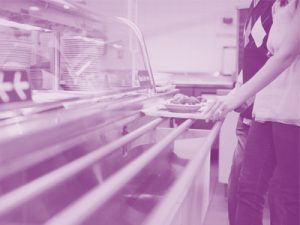 Children are widely understood in our society as unable to make decisions, unable to care for themselves, and undeserving of unfortunate situations caused by bad parenting. So we’re angry and flummoxed when we read headlines like this: “Lunches seized from kids in debt at Salt Lake City elementary,” which tells a story of a school punishing children for their parents’ problem. But where should we place the blame—on the school or the parent?

When it came out that 40 children went through the lunch line and then had their trays taken away because of past-due balances—after the school implemented a new e-payment system and had trouble reaching parents about the low balances—parents were understandably outraged. They took to the newspapers and social media to say things like “Child abuse institutionalized!” and that the administrators should be fired.

But when I read about this, as someone who once or twice forgot to give her parents the note that said they needed to pay her school lunch balance, I thought, “Isn’t that what normally happens?” I remember at least one time, after going through the lunch line, I was told my balance was low, and I needed to trade in my tray for a PB&J. (At the Utah school, the students were given milk and a fruit.) The Utah school didn’t deviate from a standard practice.

At the end of the day, isn’t it the parents’ responsibility to make sure their kid has food, whether it’s by packing a lunch or paying for school lunches? Maybe it wasn’t the ideal meal, but the school didn’t let the children go hungry. It is a shame that children have their meal routines disrupted because of school policies and their parents’ problems. But if the school continued to give the kids a full meal, even when their account is running on empty, the parents would have no incentive to ever pay the balance.

Sure, the e-payment system was new, but the school did try to contact parents through the phone and notifications sent home with students. (They have since started to up the notifications and change the communications process.) But even if parents didn’t get the memos, with their knowledge about how much lunches cost daily, they should still have an idea of when their kids’ accounts need refilling. Simply marking it on the calendar could have helped their children avoid this “bullying,” “humiliation,” and “abuse.”

I’m sure I was embarrassed when I was eating Smuckers Uncrustables instead of pizza, but not enough for the feeling to last past lunch recess. It’s a little different, but today, if I go to pay for my lunch at Au Bon Pain with my Duke card—having assumed that my parents paid for my meal plan—and my card is declined, I wouldn’t expect ABP to let me walk out of there with my food. And I wouldn’t be annoyed with ABP, I’d be annoyed with my parents. Although Duke wants me to eat, it’s ultimately my parents’ (and my own) responsibility to remember to pay for it.