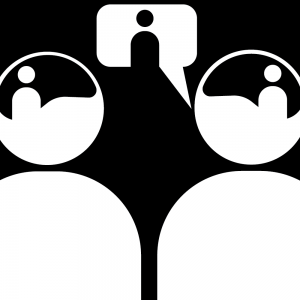 In Scenes of Subjection: Terror, Slavery, and Self-Making in Nineteenth-Century America, Saidiya V. Hartman writes about empathy as modeled by the white abolitionist John Rankin. In an effort to convince his slaveholding brother of the horrors of slavery, Rankin describes imagining himself as a slave. “My flighty imagination added much to the tumult of passion by persuading me, for the moment, that I myself was a slave, and with my wife and children placed under the reign of terror” (Hartman, 18).

The problem with Rankin’s imagined scene, argues Hartman, is that “the effort to counteract the commonplace callousness to black suffering requires that the white body be positioned in the place of the black body in order to make this suffering visible and intelligible” (Hartman, 19). Black suffering is so difficult a concept for white people that it can only be made plausible by saying “now imagine that the people beaten are white men, white women, and white children.” This kind of empathy, writes Hartman, is “related to both the devaluation and the valuation of black life” (Hartman, 21). Rankin’s aim is to create sympathy for slaves, but the only way he knows how to do that is by replacing black bodies with white ones.

I thought of this recently when I read Kiese Laymon’s Heavy, the second line of which is “I wanted to write a lie” (Laymon, 1). Of the many lies Laymon considers and rejects, two relate to stories told side by side in the chapter “Train.” One: Layla, a fifteen-year-old girl, “had to go in Daryl’s room with all the big boys for fifteen minutes if she wanted to float in the deep end” (Laymon, 15). Two: Laymon’s babysitter undresses in front of him, undresses Laymon, and makes him touch her. (Laymon, 23).

Both stories are almost too painful to think about, and it is so tempting to evade them. Laymon makes you feel the full force of “I wanted to write a lie,” the urge to tell something other than the truth. Maybe Layla wasn’t raped. Maybe the “shallow grunts” coming from Daryl’s room mean something else (Laymon, 17). Laymon thought Renata was his girlfriend – maybe her assault wasn’t traumatic to Laymon. Laymon himself struggles to imagine Layla as someone to whom bad things can happen. “I was taught by big boys who were taught by big boys who were taught by big boys that black girls would be okay no matter what we did to them” (Laymon, 16). White people are taught a similar lesson, that black people can stomach more pain, more poverty, more abuse than their white peers. Only this makes my desired reading of what Renata does to Laymon plausible in the least. Pre-teen boys do not come through sex with adult women unscathed.

Laymon’s book is not addressed to white people (he writes “to and for black Americans in the Deep South“[131]), and Laymon never says, “please don’t believe lies.” He speaks of his own desire to write a lie and of the desire of others to read lies. But as a white person reading his book, I do wonder about lies and about the connection between lies and the problem of empathy described by Hartman. Rankin has to imagine himself in the place of the slave in order to describe the slave’s pain. He acts out one particular understanding of empathy, that is, empathy as putting yourself in someone else’s shoes. It is a kind of empathy that leaves the lie more or less intact. Instead of having to confront the lie that slaves don’t suffer, Rankin tells his brother what his brother already knows: Rankin and his family would suffer under the conditions endured by slaves.

Laymon’s book suggests to me that empathy can be something else. His refusal to write a lie is a refusal to ignore, disbelieve, and cover over his own pain and that of others. Or to speak only of acceptable pains, pains that come from outside the family, pains that bring a manageable load of shame. He isn’t trying to put himself in Layla’s shoes and he doesn’t ask us to put ourselves in his shoes. He does put us in a position where we have to choose whether we believe that these things happened and that that they hurt. As such, Laymon’s stories challenge me to believe the experience of others without being able to imagine them as happening to myself. They challenge me to believe and act on what others tell me, without having to understand, without feeling it in my bones. It is a form of empathy that is more about trust than about identifying with someone else. Because you say so, I believe you. Because you are in pain, I will act.