When to Stop Revising 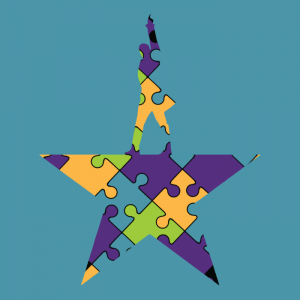 A friend of mine is an American History buff. He’s the guy who would actually read Rob Chernow’s biography of Alexander Hamilton but wouldn’t recognize Lin Manuel Miranda on the street. Whereas I will get the cliff-notes of the biography from him and will repeatedly listen to both Hamilton and the Hamilton Mixtape. The intersection of our knowledge is essentially “Cabinet Battle 3” on the Hamilton Mixtape.

Lin Manuel Miranda wrote “Cabinet Battle 3” but ultimately had to exclude it from the final Broadway musical. The song is a debate within President George Washington’s Cabinet about whether to abolish slavery. Hamilton argues that slavery will only cause more problems for the new nation and that it is hypocrisy for the nation founded on freedom to permit slavery. Jefferson reminds Hamilton that the Constitution prevents the government from addressing slavery until 1808, that emancipation will lead the South to secede, and that even if the government bans slavery it cannot undo the prejudice and hatred of the Southern slave owners. He says, “It’s a sin. It’s growing like a cancer/ But we can’t address the question if we do not have an answer. ”

We know Jefferson won that battle, but who had the moral high ground? Hamilton for not tolerating the hypocrisy or Jefferson for preserving the Union?

Consider the endless debates between President Abraham Lincoln and Congressman Thaddeus Stevens. The two frequently argued about the best way to end slavery. Lincoln wanted to end slavery, but he wanted to preserve the Union more. Stevens was one of the, if not the, staunchest proponent of abolition in Congress at the time. What came of their debates was the Emancipation Proclamation: the end of slavery…in the South but not in the Union or in the Border States where Lincoln actually had the authority to end slavery.

However, there’s a trend among liberal college students to criticize Lincoln and Jefferson for their hypocrisy. The criticism, particularly against the Founding Fathers, is that they created a system that called for equality but only benefited white, property owning men. (Lincoln isn’t as frequently criticized in this manner, but one could argue Lincoln was wrong to prioritize the Union and not abolition.) These students argue that because the Founding Fathers ignored everyone except white, property-owning men, their ideas are invalid.

My history-obsessed friend hates this. As an ardent reader of historical figures biographies, he knows that Jefferson was a unique individual who held and struggled with many contradictory opinions. Jefferson advocated for a liberal democracy and equal society, and still recognized that slavery was wrong and eventually must end. For Jefferson, slavery was an unfortunate and unavoidable cost of creating a new liberal democracy. James Madison, the author of the Constitution, was acutely aware of the hypocrisy of permitting slavery, but also saw slavery as an unavoidable cost of creating his new Constitution. The liberal democracy Madison, Jefferson and the Founding Fathers created allowed Congressman Stevens to debate President Lincoln about whether to prioritize the preservation of the Union or abolition of slavery. Moreover, historians argue that Lincoln’s decision to preserve the Union ensure the Union would win the Civil War and abolition of slavery.

It scares me that a simplistic view of history is being used to criticize the foundations of our liberal democracy; it is what allows us to debate, argue, hold our representatives accountable, tolerate cultural and ideological differences, essentially everything that we claim America to be. While democracies are far from perfect, in the words of Winston Churchill, “Democracy is the worst form of government … except for all those other forms that have been tried from time to time.” If the ideas of our democracy are wrong because the Founding Fathers were hypocrites, where does that leave us? A form of government that is worse than democracy?

It scares me that we treat the Founding Fathers as one-dimensional characters that were either perfect or hypocritical white-supremacists. In doing so, we are ignoring their humanity. We refuse to allow them to have made mistakes or to have struggled with these massively consequential, controversial decisions. There’s no room for any nuance regarding these ideas that we now take for granted.

For those who just consume Hamilton: The Musical, it’s easy to see Hamilton as a hero simply because he’s the titular character. It’s so easy to get swept away during the musical if you only listen to Hamilton’s side of the story. But if you listen closely, Hamilton is an obnoxious, arrogant ass (see: “Here’s an itemize list of thirty years of disagreements”). And if you do further research and read more about Hamilton, you learn that he was an elitist who believed only the wealthy and educated should vote and might have tried to militarize the United States. I don’t say this to diminish that Hamilton’s central bank plan was decades before his time, nor his work defending the Constitution in the Federalist Papers.

Simply, it’s complicated and we should embrace the complications.

*Yes, there’s a great musical about Hamilton and people are literally singing his praises. But before Lin Manuel Miranda, Hamilton was just Washington’s Treasury Secretary who was shot and killed by Vice President Aaron Burr.