Letter 1 – What the border means

“The U.S-Mexican border es una herida abierta where the Third World grates against the first and bleeds. And before a scab forms it hemorrhages again, the lifeblood of two worlds merging to form a third country — a border culture.” —Gloria Anzaldúa Borderlands

I cannot count how many times I have referenced Gloria Anzaldúa’s Borderlands/ La Frontera in the past year. I genuinely think I wrote about it in every single one of my classes fall semester at least once. When I first read the book for my Spanish class, I found myself highlighting entire paragraphs in awe of the way Anzaldúa wrote beautiful prose and reflection on her experiences as a mestiza, without even stopping to realize that maybe I loved the book so much because I related to it so much within my identity as Latina and interests in migration. After reading Borderlands possibly 4 times through, I knew that to experience what Anzaldúa wrote about I had to study the border for the summer.

During the Trump administration, the extreme militarization of the border and its dehumanization of the migrant communities has become incredibly less covert than other administrations, blatantly displaying the violence against migrants to the public and redefining the conversation of immigration. I felt as if I could not study and attempt to witness the magnitude of what is happening at the border during this time, then I would miss out on a defining period in history and the future of immigration in the US.

The US-Mexico border has become a battleground for state violence, racial injustice, and human rights violations. Anti-immigrant rhetoric has defined the Trump Administration, and actions at the border embody our contradictions within our national values—values like diversity, equality, and unity versus self-liberty and individualism. My project seeks to address the value conflict at the border by developing a deeper understanding of the border as a physical and symbolic space in order to analyze how the United State’s national values interact within this space.

The United States has a defined set of core values—liberty, self-government, equality, individualism, diversity, and unity. The border represents the pitting of values against each other: individualism and self-government seem to conflict with equality and diversity within immigration policy. With mothers being ripped away from their children at the border and children being detained in cages with foil blankets, it remains difficult to see where “ethics” comes into play. Arguably, values like individualism and self-government can be utilized by anti-immigrant politicians to restrict arrivals and foster anti-immigrant attitudes in the public by justifying it as “American.” I would like to explore the moral compromises we have made and continue to make in our immigration policy throughout time. The US has seen dramatic policy shifts, and border policies have gotten increasingly restricted and violent during the Trump administration relative to previous administrations. If we uphold these core values, how do we validate these dramatic policy shifts? How have our values shifted during different administrations? What values are we compromising? Is there a way to uphold them all? What  significance do they hold?

For the past two weeks, I have primarily been working on foundational elements of my project- researching the history of US national values and how they have played a role in policy. I have begun concentrating on the timeline of all US immigration policy and am working on reading through each to understand how they correlate to our national values. An interesting aspect I have found throughout my work thus far is the correlation between the perceived “American Dream” and immigration. While many of the pieces I have read have argued against anti-immigrant sentiments during the Trump administration, it has been based on the argument that this country throughout history was built by immigrants. Although I share the same opposition to anti-immigrant rhetoric, the argument feels flawed in context with the history of our immigration policy, The first immigration legislation passed in the US was the 1790 Immigration Act which only promised citizenship to white immigrants. So while we are a country built on immigrants, we should criticize who that used to include and who it excluded in order to better contextualize the present. This is something I will continue to explore as I take a critical look at the intersection of our national values and border policy. 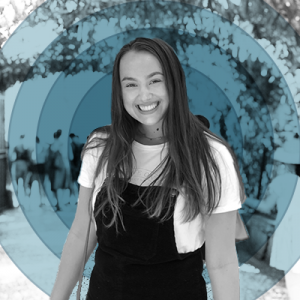