“What are People For? Essays on Questions Concerning What It Means to be Human” 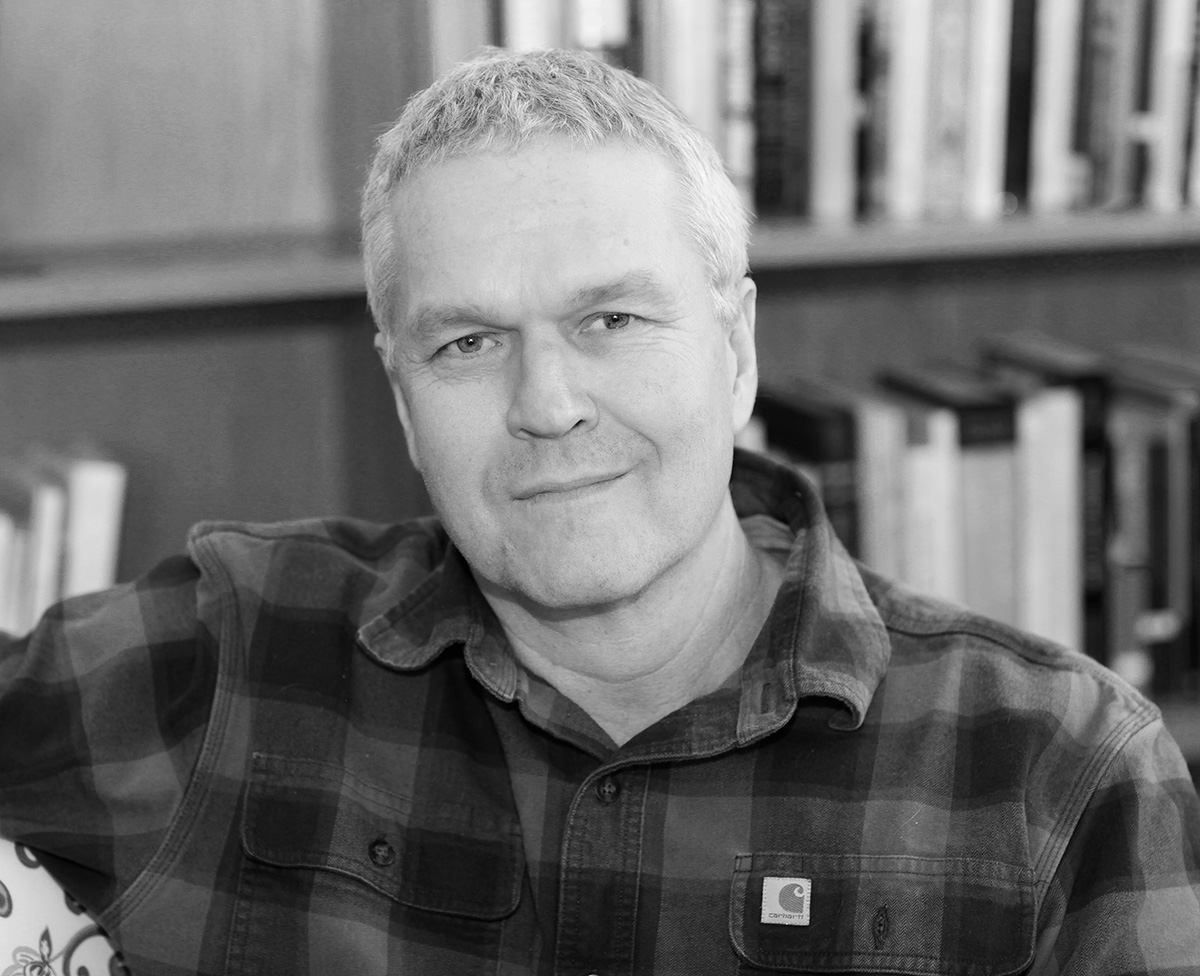 Quoting the philosopher Alasdair MacIntyre, Kenan Senior Fellow David Toole suggests that “our culture tends to be a culture of answers, not of questions,” and too often “those answers, whether secular or religious, liberal or conservative, are generally delivered as though meant to put an end to questioning.” Toole has just returned from a one-year sabbatical with the makings of a new book in which he amasses a collection of essays around a series of questions.

Toole credits the origins of this project to an essay he wrote in 2014 titled “What Are Questions For?” His inspiration came from Wendell Berry—novelist, poet, essayist, and farmer from Kentucky. In the early 1990s, Berry published an essay titled “What Are People For?” The essay discussed the wide-spread industrialization in agriculture that was taking human work out of the equation of food production. Berry wondered, “Is the obsolescence of human beings now our social goal? The great question that hovers over this issue, one that we have dealt with mainly by indifference, is the question of what people are for.” Berry’s question has always resonated with Toole, who says, “It is such a great question – one that gets at so many things so quickly. What ARE people for?”

About six years ago, Toole noticed that he was starting to use the form of this question in his speaking and writing. He gave a talk titled “What Are Cities For?” and wrote an essay called “What Are Hospitals For?” Then, he says, “I started to realize there was a method here. Give me anything that catches my deep curiosity and I can examine it by asking what it’s for.” This approach led Toole to conceive of the book that occupied him during his sabbatical. Each essay carries a question as a subtitle. For example, his Introduction is called “On Being Bewildered: What Are Essays For?” 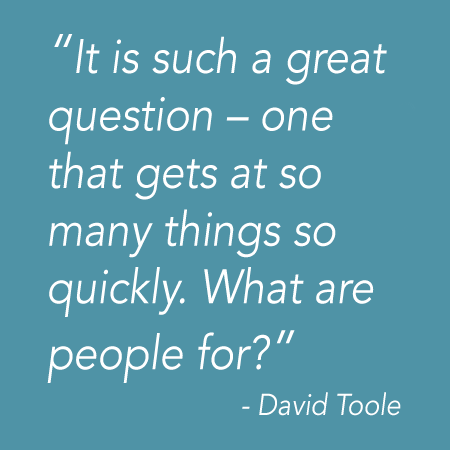 In his preface, titled “What Is Writing For?” Toole describes his approach to this collection of 12 essays. Echoing the sentiment of author John Cheever, he says, “I write to make sense of my life.” He explains that the essays are neither academic scholarship nor autobiographical monograph, but something in between. Toole again invokes Alasdair MacIntyre, who once said that the first question of ethics is not “What should I do?” but “Of what story or stories do I find myself a part?” Toole says, “I have tried to put that philosophical proposition into practice.” Toole likens his essays to paintings: “I assume painters don’t think much about their intended audience; they simply paint, taking their cues from their own wonder and discovery. That’s what I have done in these essays.”

The most personal story Toole tracked down is found in the essay: “A Narrative Quest: What Am I (Fighting) For?” Here Toole shares an account of reading his father’s books for the first time in his twenties, years after his father had died. His father, an activist and academic historian in Toole’s home state of Montana, wrote his final book, “The Rape of the Great Plains,” as a protest against coal companies as they arrived in Montana in the 1970s. Toole remembers accompanying his father when he went to interview ranchers who were refusing to sell to the coal companies, but Toole was still surprised to find himself on the last page of his father’s last book as an 11-year old boy protesting the Westmoreland Coal Company. His father ended the book by describing his young son yelling, “They’ve got no right. They’ve just got no right.” He continued: “My son is eleven, most of the holdout ranchers are in their seventies. My son must be fighting as hard sixty years from now as they are today. Above all, my son. He has the right to his time on a whole earth—and whatever our time may be, so do we all.”