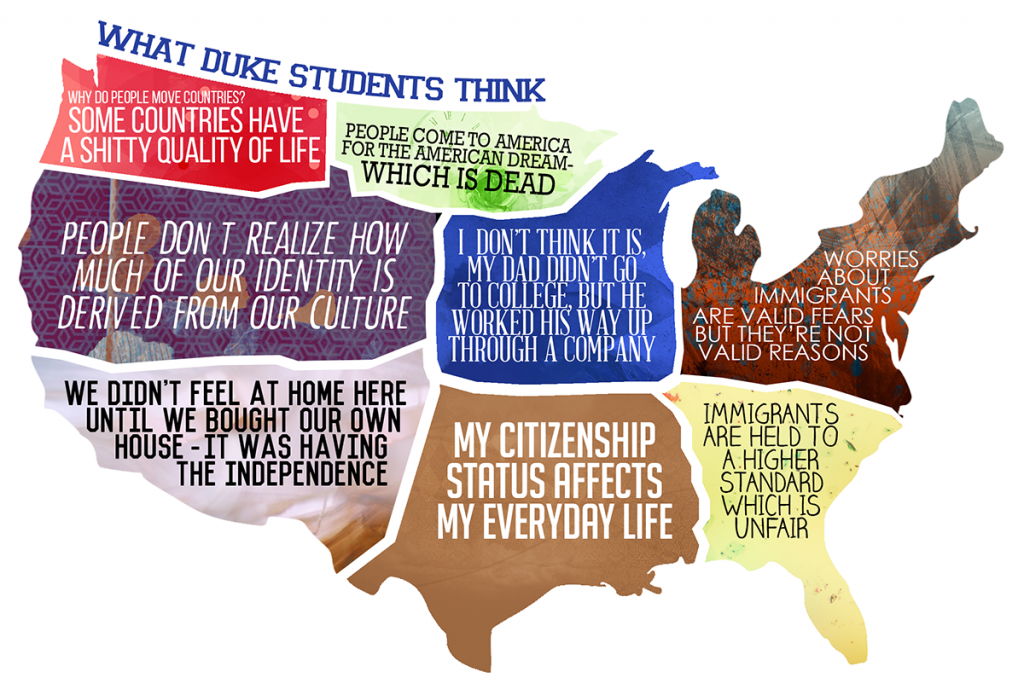 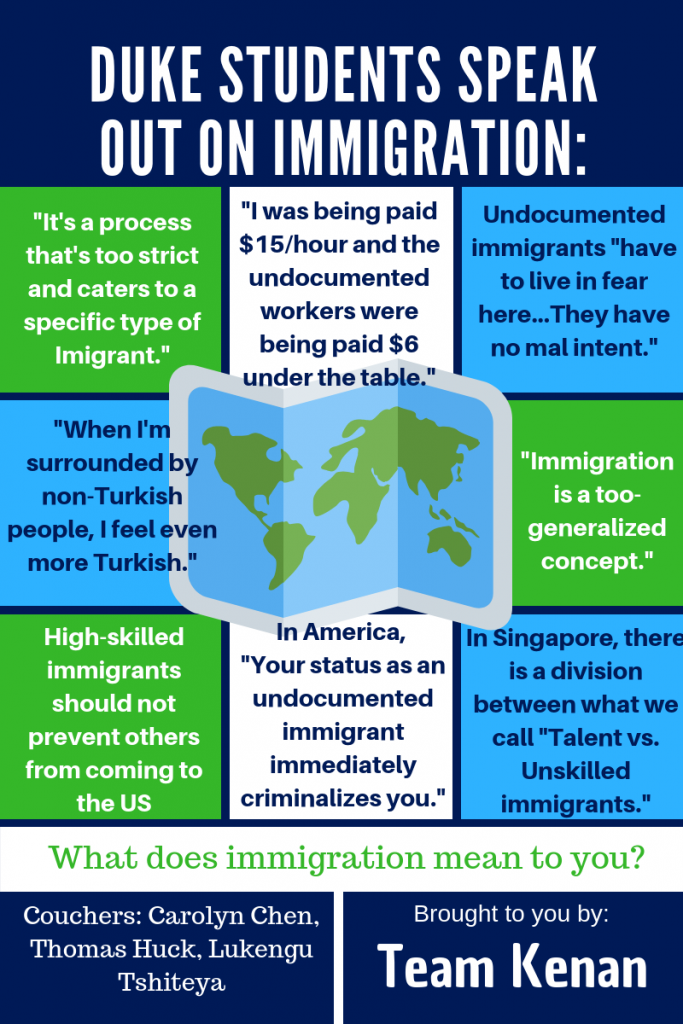 This week we had passionate conversations at the East Campus Bus Stop about immigration. Many spoke from personal experience; almost all students know immigrants and were excited to share stories. A bus driver even offered a frustrated speech about Donald Trump.

Most students were in favor of immigration, but noted that immigration is difficult in today’s political climate. Though they supported “chasing of the American dream”, they recognized that it comes with hardships, saying,

“If I were an immigrant, I’d feel like crap here”.

I think it’s important, but I’m not going to do anything about it

– We heard this from  many students. The people who sat on the couch expressed a variety of opinions, but we noticed that student passion is not translating into action. It is not clear whether this is because people do not have enough information or lack opportunities.