“What Is Your First Political Memory?”

Duke students vividly remember the inauguration of Barack Obama in 2008, including mock “elections” that took place in their elementary schools. One student remembers their teacher saying decent people “vote McCain”. Students said they often had little to no political understanding, but favored a certain candidate because parents or teachers told them to.

I was interested to find that many students remembered Obama and McCain as their first political memory. This is also mine; I think it’s important that so many people see this as a defining moment in their lives. For me, it started a new chapter of political engagement and awareness. Even though we were all just in 3rd grade, this shared experience will affect us forever.

Speaking to students about their first political memory allowed us to examine the political climate at Duke. While some students were proud of witnessing the “first black president”, others remember their families “hating ObamaCare.” Although students said their families shape their political views, multiple students described generational differences in political opinions. 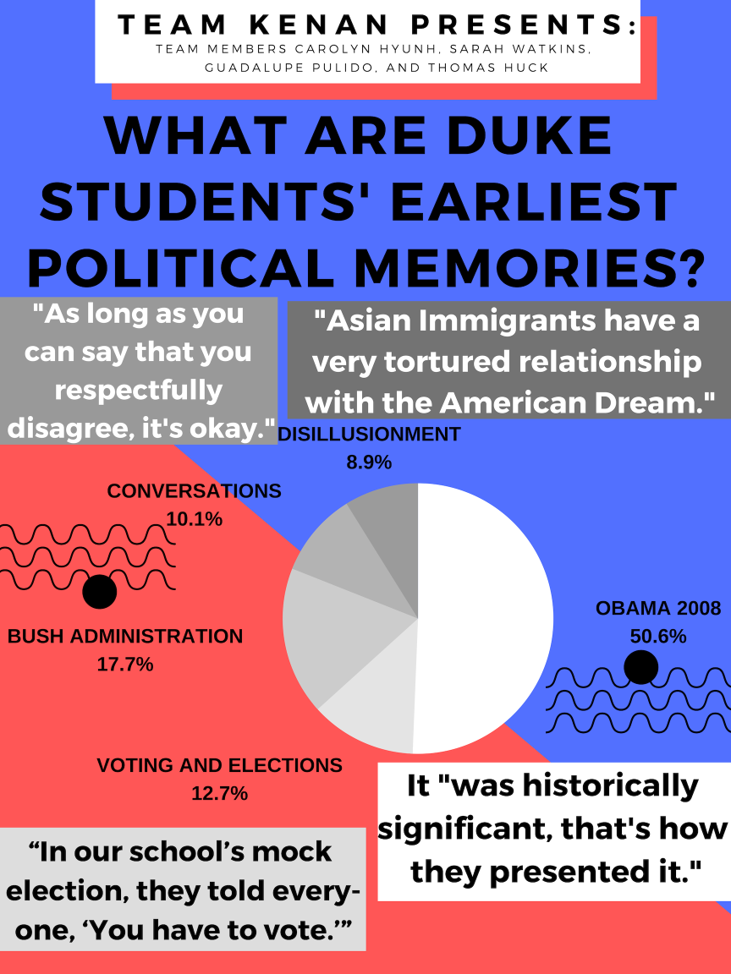