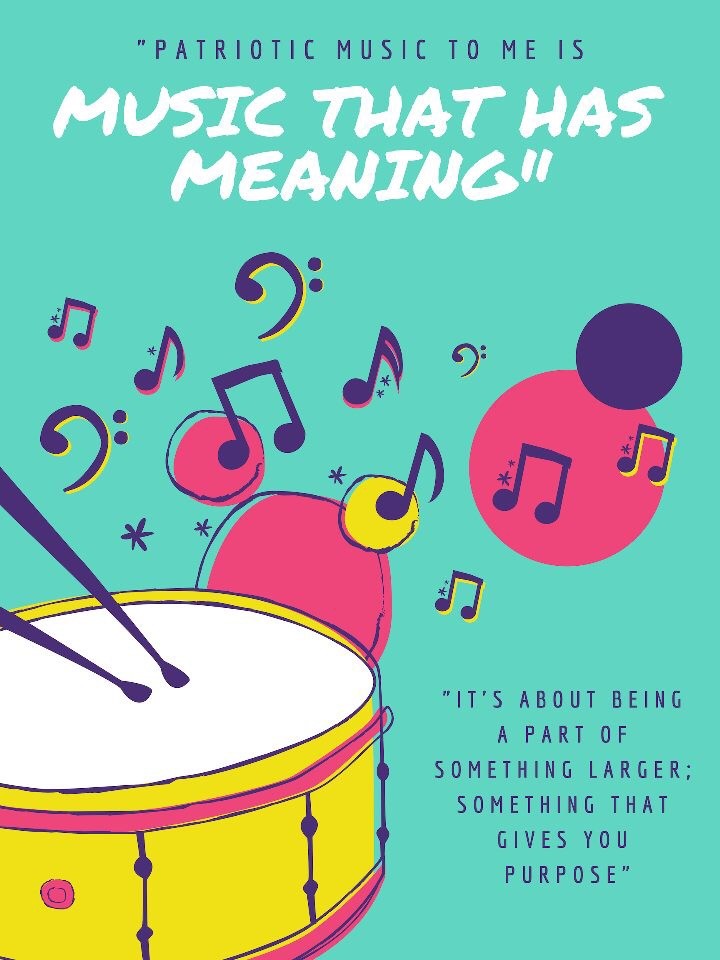 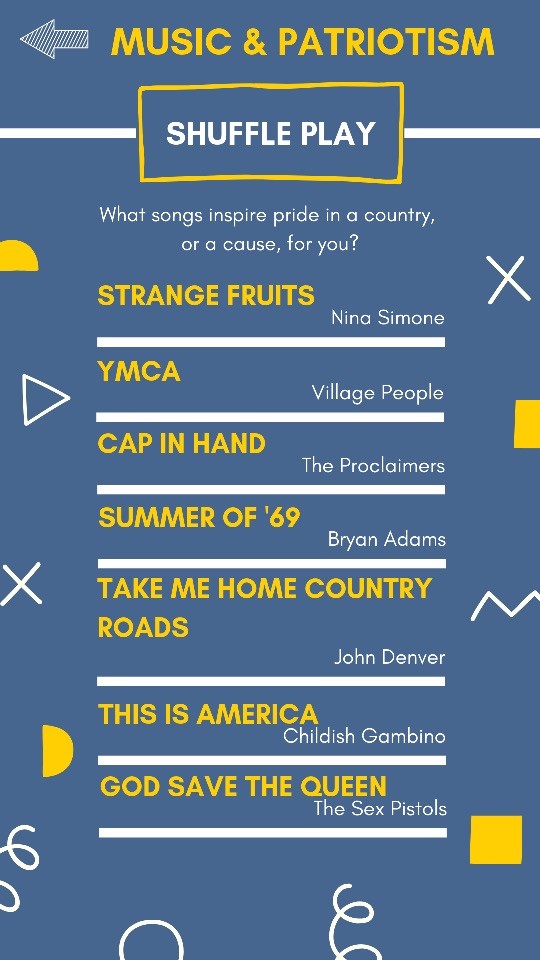 This week, Team Kenan engaged with students over the intersection of music and citizenship, and how they relate to their country through music.

We asked students about the songs that remind them of their home country, and many students—even ones from the same country—had very different song choices.

One student said that Bruce Springsteen songs made them feel American, where another thought modern hip-hop songs such as “Mo Bamba” captured their country best. Another student, in defending her choice of “Sweet Caroline” as a patriotic song, asserted that “if you don’t know that song, you’re not an American.”

The American student sitting next to her promptly replied, “I’ve never heard that song before.”

Students often reflected on how the songs that made them feel patriotic might not apply to their fellow citizens. One first-year said; “Even though I’m a Christian and I identify with those songs, the ones that are traditionally American, that talk about the Christian faith and say “God Bless America,” but there are many Americans from different religious identities that can’t relate to those songs. I think that’s exclusionary.”

On the more traditional songs, such as the Star-Spangled Banner, another first-year commented: “I don’t think it excludes anyone, but I also don’t think it includes everyone. It’s not meant to exclude anyone, but some people might not feel attached as other Americans would.”

However, several students have noted that the music that defines America is changing as the nation itself changes. One bilingual student noted that “five years ago, songs would have an English version and a Spanish version. Now, it’s more integrated, like Cardi B or Ozuna. That’s more common now.”

Moving beyond the United States, one student who had experience in studying various national musical traditions shared her experience, saying that “you can see tradition shine through in the gap between the traditional Chinese and modern Chinese music. In much of the Mao-era music, you lose that tradition and identity.”

Regardless of where they call home, Duke students have strong relationships to their countries through music that are diverse and dynamic. Although some songs may be exclusionary, the increasingly diverse music of the twenty-first century allows more and more people to encapsulate and articulate their feelings towards their home countries through song.