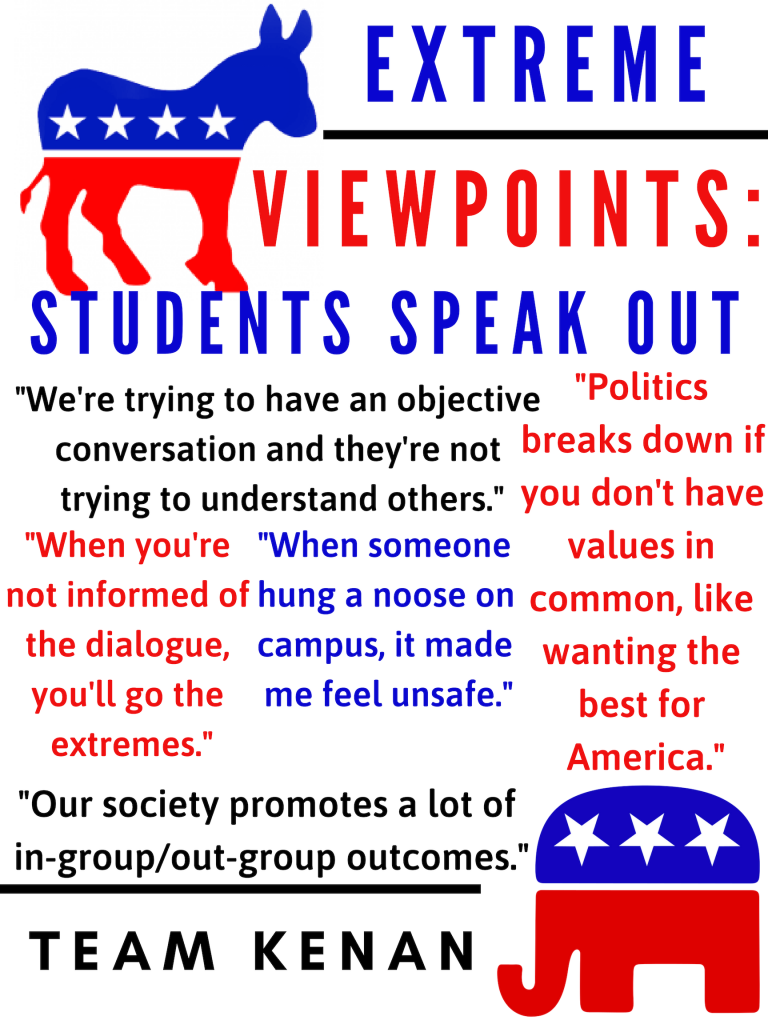 Duke students expressed conflicting opinions on how comfortable they felt with expressing their viewpoint on campus. One student loved Duke because they felt all the students were accepting of their viewpoint. However, another who held the same ideology, mentioned incidents where others had been kicked out of social groups, that made them wary. A couple students mentioned that past and recent vandalizations on campus made them feel unsafe existing on campus, much less expressing their views.

It appeared that for many, they were most comfortable sharing their ideas with close friends in small conversations, rather than in Duke forums or larger groups for fear of encountering or inciting extreme viewpoints.