Southern drawl, hunting references, and detailed questioning about the location of a given Bojangles’s are all foreign to this Pittsburgher. Duke is a northern pocket in the South, but Durham is a little less so. When I sit in court listening to court proceedings, I am often struck by mannerisms and values not my own. When mentioned, people’s church attendance and Christianity are often topics of interest for the judges. Judges, plaintiffs, and defendants are more open and upfront about their Christianity. My Judaism shifts in its seat in this new environment. My urban millennial manners cock my head in confusion as some judges insist that individuals tuck in their shirt, have people handcuffed for cursing, and threaten to do the same to anyone whispering. I know several Pittsburgh Family Court judges who curse, joke, and speak more like their constituents. Here in Durham, judges’ decisions seem more like an imposition from an external power than from one’s own democratic government.

I often wonder how similarly my clients feel. Plenty are from Durham, and some are clearly religious, but many are neither. Most have fewer years of higher education under their belt than do the judges, and—statistically speaking—a chunk undoubtedly make less money. A mix of white and black judges give racial representation to some, but it’s not more than half the time that a Black person goes before a Black judge. Race, class, gender, education, religion, and geographic origin serve as potential wedges between our clients and the judges. Something about that doesn’t feel quite right.

In Domestic Violence Court and Family Court, judges dictate how people ought to live their lives. Whether a parent can let their kid play football or teach a religion conflicting the with custodial parent’s religion is up to judges. Because the complexities of harassment, abuse, and children’s best interests cannot be adequately handled by a broad, inflexible set of laws, judges must have some discretion. That discretion often feels arbitrary and oppressive to my clients when it goes against their wishes. Nothing will stop people from being mad when they lose a court case, but citizens should still have faith in their course. The challenge is in making discretion seem legitimate. What can push my clients and their defendants respect a judge’s decision even when it goes against them? What can make judge’s will stop feeling arbitrary?

One set of solutions believes inadequate representation to be the problem. Some sort of quota could ensure that there is at least one judge for each racial or ethnic group constituting at least ten percent of the county population. This would make it possible for our many Hispanic clients to see a judge with a more similar background and who would maybe not need an interpreter to understand our Spanish speaking clients. That would be nice, but one judge can only be in one courtroom at a time; clients would inevitably face judges of different racial, ethnic, religious, geographic, and financial backgrounds. To make it otherwise would be to segregate our courts.

So, while representation is important, and I now better understand the rationale for states like North Carolina and Pennsylvania electing their judges, it does not solve the problem. Democratic government, including its judicial branch, must be of, by, and for the people. Aristotle said that democracy means “ruling and being ruled in turn.” Self-rule through election requires that rulers seem like oneself. Some degree of incongruity between judges and citizens’ values are inevitable in a society with increasing cultural divergence.
Nonetheless, we can do further legitimize judges in the eyes of the public. Even if strict manners and behavioral standards are necessary for preserving the court’s integrity, judges can work to sound compassionate. Being patient with frustrated and frazzled citizens can go a long way. Showing sympathy for people’s feelings while separating them from the facts is essential. I’ve seen the power of a judge’s gentle voice to soften a scared victim’s heart and ease the tension—if only slightly—between feuding couples. We need judges to be imposing, respectable, and somewhat distant, but they should never feel foreign. The southern phrases Christian priorities may not be my own, but the judges are. 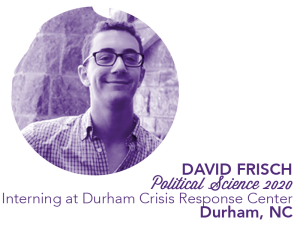 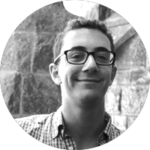