Last week, workers at Wayfair, an online furniture company, learned that the firm intended to fill a $200,000 order for bedroom furniture placed by BCFS, the non-profit organization that operates the migrant facilities for the US Department of Health and Human Services. Outraged by the knowledge that these beds would be put to use in the detention centers housing hundreds of unaccompanied minors, employees sent a letter to senior managers, imploring the company to refrain from transactions with BCFS and to establish a code of ethics to guide future business operations. When the leadership refused – citing their belief that the sale did not equate to support for the actions of BCFS – employees took to Twitter to plan a 1:00pm walkout from Wayfair’s Boston headquarters on June 26 as a means of protest.

This act of solidarity against corporate-backed human rights abuses serves to show how active engagement drives change in workplace culture.

My initial impression of SAS (and other responsible corporations) credited the progressive company values and ethical business practices to the pioneering visions of senior leadership. I believed in what Gartner, a research and advisory firm, calls the top-down approach to building a strong workplace culture. This strategy – which I learned about during a Gartner webinar called “Building a Culture of Integrity” – relies on the CEO and other executives to “set the tone at the top” regarding ethical behavior and corporate social responsibility. The assumption is that the message will “trickle down” through middle management to all employees, inspiring them to follow the example of these respected figures in the company.

While this method is highly popular among companies seeking to enforce better business practices, Gartner found that the top-down approach did not foster the trust between colleagues that is necessary for a strong workplace climate. Ethical employees must believe that their coworkers also value moral behavior over business or personal advancement. Thus, Gartner proposes that managers take a more direct approach in facilitating one-to-one dialogue with employees and rewarding ethical conduct. This recommendation suggests that companies must leverage the important role employees play in educating each other on ethical decision-making.

However, employees can offer support to more than just their peers. In building a culture of integrity, companies could adopt a bottom-up approach as well. Employees could hold their managers and executives accountable for large-scale decisions that influence the company’s brand or workplace culture.

Just as consumers and voters can hold businesses accountable by holding revenue hostage or by electing officials with regulatory agendas, employees can play an equally (if not more) important role in shaping both a company’s day-to-day operations and future priorities.

This capacity for employees to act as “accountability police” is very telling. When I compiled case studies of settlements reached between the Office of Foreign Assets Control (OFAC) and US companies charged with sanctions violations on behalf of foreign subsidiaries, I found that a majority of cases were self-disclosed by the parent company after an employee reported unethical conduct through the ethics hotline. While researching potential misuses of machine learning technology, I learned that the employee petition against Google’s involvement with Project Maven, citing the ethically unclear implications of artificial intelligence in the military, influenced senior executives’ decision not to renew the Pentagon contract. Though executives call the shots, employees actually play a more important role in preventing human rights abuses or environmental exploitation, especially given the uptick in whistleblower protections and non-retaliation policies.

In the case of the Wayfair walkout, I hope that the employees are able to successfully influence the opinion of senior management to fundamentally change the direction of the company, though the fight is not over if the protest is unsuccessful. By pushing back against the people who essentially control their livelihood, those that walked out of Wayfair and into Copley Square that afternoon fulfilled their responsibility to speak out against an unethical company decision. Their actions will continue to inspire others to unite in influencing executive decisions from the bottom up.

Given that the fight for change is uphill and the tremendous power of large organization can seem overwhelming, I find it important to remember both the little and big things we can do to catalyze progress. At the risk of sounding cliché, I want to encourage us to take a courageous stand – just like the Wayfair protestors who may face termination – as employees, consumers and voters, to hold business leaders accountable. If the established corporate vision for change can trickle down, then simple acts of compliance with best practices can also rise up to shape a workplace culture of integrity. That leaves me with one question: how many more walkouts, petitions, and outrages must we support before business leaders weigh ethics equally with profit at the first step in decision-making? 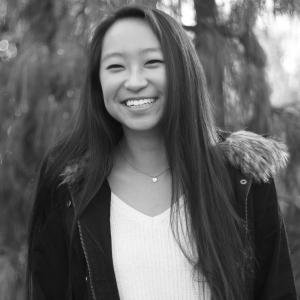 Amanda Kang, placed with SAS, is a first-year student from Greensboro, NC intending to double major in Economics and Public Policy. She’s passionate about women’s rights advocacy and combining impact with corporate profitability. On campus, she’s a layout editor for The Chronicle and involved in the Duke Impact Investing Group as well as Duke’s WISER club to support girls’ education in Muhuru Bay, Kenya.

All posts by Amanda Kang