Want to be a Better Doctor? Grow a Bigger Heart! 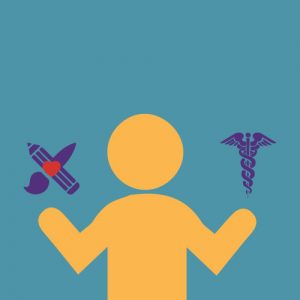 Empathy has become a buzzword in medicine, a field typically associated with sterile hospital beds and the cold surgical scalpel. Recent studies have found that medical school students lose their capacity to empathize over their course of study. In response, medical schools have increasingly looked to humanities and social science majors to fill the empathy gap, and they have initiated programs encouraging soon-to-be doctors to learn what it’s like to be inside the hospital bed rather than beside it. However, such attempts to “humanize” medicine are too little, too late. An ability to interact effectively and empathetically with patients is crucial to serving their needs most effectively. A doctor’s purpose is to cure their patient, and this goal is difficult to attain when they solely consider physiological or biological issues with little regard for their patient’s emotional, or affective state. From the onset of college, pre-med students should be encouraged to pursue a liberal arts education as well as seek out environments that reveal the “human” side of medicine.

Before assessing how we can effectively teach and learn empathy, we must first define this very important word, which consists of three vital components. The first is sharing another’s emotional state, a process that is facilitated by emotional contagion, or when we adopt the emotions associated with an expression as we mimic that expression. The second is the cognitive capacity to take the perspective of another; similar cognitive pathways are activated when we watch an action being performed and when we do it ourselves. Finally, keeping track of self and other feelings allows us to separate ourselves from what we visually perceive, and it consists of an inhibitory component that tones down the self-perspective in order to critically evaluate the other-perspective.

A humanities education directly bolsters these three components of empathy. In the fall of 2015, the Harvard School of Medicine incorporated an art analysis program into the medical school curriculum. At Columbia University, medical students must complete a six-week narrative medicine course where they take classes in fiction writing, obituary writing, and visual art. Through assessment of an artwork’s themes and its emotional projection, students become aware of the emotional “contagion” that is transferred from the canvas to themselves. Through analysis of literature, they are asked to assess the emotional state of a character based on his or her actions; by picturing the character’s actions in their heads, cognitive pathways are activated that allow them to feel as though they experienced the character’s journey themselves, thereby bolstering the second component of empathy. As they formulate stories centered on human beings, they create characters not only drawn from their own past experiences but also tailored to the purpose and setting of the story, and they consequently gain self-other awareness.

We find that a humanities education serves to bolster the capacity for empathy that struggles to remain afloat in a medical school environment. Nevertheless, the question remains: medical school students are already exposed to a humanities coursework, so why isn’t that enough? Why should pre-med undergraduate students be encouraged to delve into the humanities before they even take the MCAT? One answer lies in the fact that a humanities background prepares students to process the human tragedy that they are exposed to on a nearly day-to-day basis in medical school. Psychologists concur that in order to empathize, we must put ourselves in the other person’s shoes. This means that the medical student will feel acutely any tragedy faced by the patient. Differentiation between self and other is crucial to empathy because feeling another’s emotion too intensely may cause medical students to limit their compassion and draw away from a patient. Thus, education that emphasizes the self-other aspect of empathy is crucial to becoming an effective doctor, and medical students should receive an education to prepare themselves for trauma, rather than receiving such training only after the emotional damage has been done. Such an education can be found in the form of journaling or fictional story writing; self-reflection improves mind reading in the third person, and self-knowledge can help us empathize by improving our ability to differentiate between self and other.

Thus we find that the issue of empathy is a salient one in the medical community. Through humanities courses, pre-med students improve their ability to empathize and thereby become better doctors and better people. Premed students should be required to take a baseline number of humanities courses, and medical school advisers should encourage students to pursue the humanities as well as dissuade any fears that an English class may not prepare one for life as a doctor simply because it has no direct relation to biology. Medicine is the intersection of objective science and emotion, and it should be treated as such.

This blog is an adaptation of a paper I wrote for my psychology class.