In a Bloomberg interview with Pimm Fox and Lisa Abramowicz, Annemarie Slaughter, international lawyer and foreign policy analyst, identified three global hot spots she believes the U.S. needs to start paying more attention to. These countries were Turkey, because of its volatility, Syria, because of the current refugee crisis, and Venezuela, because it the next refugee crisis on the horizon. This is how extraordinarily dire the situation in Venezuela has become: the human rights violations are amounting to nothing short of the next Syria. Why, then, is Venezuela not on the news more? Why is there very little mention of it by U.S. presidents and officials? 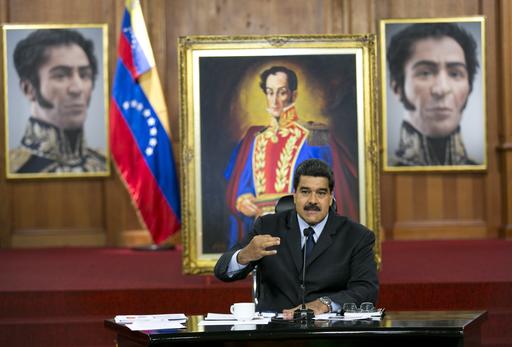 In March of 2015, President Obama issued an executive order that identified the situation in Venezuela as an “extraordinary threat to the national security and foreign policy of the United States.” The fact sheet for the order, which can be found on the white house’s website, lists specific human rights violations committed by Maduro’s government, most of which have to do with public corruption, violence against people involved in antigovernment protests, the prohibition of freedom of speech, and policies that undermine democratic processes.

Though this order was renewed in March of 2016, not much action has been taken otherwise. In an interview with CNN Español later that month, Obama said that he was concerned for the country’s economy, and that despite tense relations between Caracas and Washington, he did not want to watch the country fail. At a press conference that June, he urged Venezuela to release its political prisoners and “respect the rule of law.”

During this year’s presidential elections, both candidates frequently mentioned Venezuela, but it was used as a mere point of comparison rather than spoken about as a serious foreign policy issue. “We’re never gonna have a country again. We’re gonna end up being Venezuela,” Donald Trump said at a rally in Toledo, Ohio. He was referring to what he believed America would turn into if Hillary Clinton was elected, as he pointed out that she would only appoint leftist judges to the Supreme Court. In October, the DNC released a campaign ad that put together footage of Donald Trump and Hugo Chavez, comparing the two and showing the similarities in their way of giving dramatic, fiery speeches. It was released in Spanish to the DNC’s bilingual Twitter account, targeting Latinx voters, and featured Trump’s statements about jailing Hillary Clinton and Chavez’s statements about cracking down on reporters and removing an opposition anchor from a press conference. It also included footage of Mexican president Vicente Fox speaking against Trump, comparing him to Hitler, Mussolini, and, of course, Chavez.

It was not until the election of Donald Trump that Venezuela was brought up as a serious issue that must be dealt with. Speaking at a rally in Miami, Florida, Trump reassured his crowd that he will enforce a “tough hand” against Nicolas Maduro’s socialist regime. “Venezuelans are good people,” he said, “but they have been horribly damaged by the socialists in Venezuela and the next president of the United States must show solidarity with all the oppressed people in the hemisphere.”

It is alarming that Venezuela and its leaders are constantly treated like the punchline to a negative joke or portrayal in American politics. Images of Chavez and an entirely failed, desolate country in political rhetoric portray Venezuela as a thing of the past, an already doomed country whose dictator is dead and whose peoples’ struggles are of no real concern. It seems that besides the occasional tweet from John Kasich or series of statements from Obama or Trump, top U.S. officials will not yet seriously consider Venezuela as something that needs to be paid attention to.

Why this is the case? One possible answer could be that currently, U.S.’s foreign policy is heavily focused on issues involving terrorism and, specifically, the war in Syria. America’s relationship to Cuba in recent years also may have set a bad precedent for relations with Latin American countries suffering under a dictatorship, but Hugo Chavez’s extraordinarily anti-American rhetoric and poisonous relationship with George W. Bush during his presidency also play in as potential factors for the dismissal of Venezuela’s dire situation.

Whatever created it, this shortsightedness will not last long. According to data from the Pew Research Center, asylum applications from Venezuela have soared past 10,000 in 2016, an increase of 168% since 2015. These Venezuelan refugees have no where to go to for safety and resources but the United States. Consequently, soon there will be a need for serious conversations about how to help fix a broken country and a broken people.