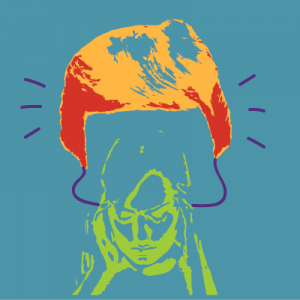 Do me a favor, and think back on the news that you’ve consumed since January 20, 2017. Unless you follow some unconventional news sources, your social media and smartphone banner alerts have been flooded with updates on the Trump Administration. As a friend of mine said in a Groupme message,

So far, Beyoncé’s pregnancy has been the only major event of enough cultural importance to disrupt the news of new restrictions on immigration, confirmation hearing drama, and (somehow we’re still talking about this) disputes over the size of the crowd at the inauguration. We’ve sent her straight to the top of the list of what’s trending in our Facebook sidebars. There were (are?) more people talking about the etherealism of that photo, and the anticipation of two more Knowles-Carters, than about the hard news of the day.

Don’t get me wrong: Beyoncé is incredible. She is one of the most talented artists to grace our generation, and likely the most recognized pop icon in decades. She is the greatest.

But there’s a bigger issue here, separate from the amount of airtime that Beyoncé’s unborn children got: Between his Jan. 20 inauguration and Feb. 5, Trump rolled out 22 executive actions.

And I bet you couldn’t name five of them.

We’re probably all familiar with the executive action that stopped immigrants from seven Muslim-majority nations from entering the United States. But other controversial actions have garnered far less attention.

Did you know that he’s pushed forward construction on the Dakota Access and Keystone XL Pipelines? What about the freeze on hiring within the executive branch? Backing out of the Trans Pacific Partnership? It goes on: the declaration of intent to repeal the Affordable Care Act, barring American nonprofits from discussing abortion internationally, expediting environmental reviews for future infrastructure initiatives… In other words, any recent “win” for Democrats (or “loss” for Republicans) is now in danger of reversal by executive action.

Politics aside (seemingly impossible as that may be these days), any one of these policy rollouts should have constituted a major news story. Each action was something that the public would have talked about and debated for weeks before implementation, and longer if introduced as a bill in Congress. But in a move that’s either a stroke of strategic genius or indicative of the Trump Administration’s government inexperience, or possibly both, only a few of his executive actions have held the nation’s attention.

Intentionally or not, there’s something huge happening here: The Trump Administration is using the 24-hour news cycle to overwhelm the public, desensitizing us to updates on major policy rollouts. There’s so much of substance to report on, and so much that deserves media coverage, but after the last 18 months of non-stop election coverage, we are fatigued. Regardless of how well the media reports on the new President’s actions, the bottom line is that the American public is having a hard time keeping up with all that’s going on.

Which brings us to where we are now. With Trump signing so many executive actions (averaging at more than one per day he’s been in office), there’s not enough time for the public to learn about and react to all of them, let alone voice dissent. Which means that the institutions that exist to hold authority accountable to the people are not able to fully do their job. The media can report on every action Trump takes, but members of the public often don’t have the time or political knowledge to consume their work in full. And if we can fully educate ourselves, we are then divided on which of the measures require our most immediate attention (which comes in the form of limited resources like monetary donations, or time spent engaging in activist action).

In the past, something like the Dakota Access Pipeline took up a news cycle for a week or two, giving activists and social media time to organize a fervent and sweeping opposition. Their work halted the project. Now, a few months and a new president later, we’re not even discussing the fact that Trump has green-lighted it again.

There are bigger stories than others, and the most disagreeable of Trump’s actions will be opposed the most fervently. But rule through executive action, especially in such quick succession, greatly reduces the power of the checks and balances that hold the President accountable to the people he represents. It allows injustice to slip through the cracks.