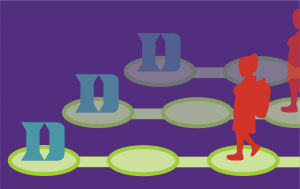 I am a legacy admit. My only older sister graduated from Duke in 2011. She loved her own experience so much that for years I couldn’t imagine going anywhere else. And my legacy status was definitely something that drew me to Duke instead of something that had any ethical implications. If I were to be given a better chance at getting into a prestigious school, I was going to take it, and I wasn’t thinking about the redundancy of granting privileges to people who are likely to be privileged given their Duke legacy. I was thinking about all the hard work I had put into my education, about the bond I would be able to share with my sister, and about the sacrifices that my parents had made—sacrifices that I would be squandering if I weren’t to live up to my potential and go to a “good” college.

This notion of validating the sacrifices of previous generations is something that Clayton noted in his recognition that legacy admissions is a way to honor family history. His great-grandfather wasn’t able to attend Duke, but worked hard so that future generations could, which is something to be proud of. As the child of immigrants, this narrative is very familiar and close to my heart. Previous generations work really hard so that future generations may live a better (privileged) life, and this should not be a bad thing. But what happens when one is allowed to grow up unaware of their privilege is something like knowing that they will be able to attend their parents’ alma mater while paying full-tuition and forgetting that generations before, their great-grandparents may not have been able to afford it, and in turn, forgetting that many just as qualified students won’t be able to afford something they take for granted.

My sister and I poke fun at those who attend homogeneously rich, white, private schools in New England, or even the ones in historically rich areas of Cleveland near where we grew up. Yet, as a Duke grad and current Duke undergrad, we are on trajectories where we can expect to be able to provide these kind of privileged lifestyles to our own children. What is our responsibility as beneficiaries of generations of sacrifice? In order to promote an awareness of privilege, we can vow that we will send our kids to public schools, and we can say that if they apply to Duke we won’t report legacy status. After all, if they get in without the help of legacy admissions practices, they can be more confident in their capabilities to build their own unique legacies.

But even beyond generating awareness of one’s privilege, there should be consideration for why some families are able to accumulate privilege more easily than others in the first place. In other words, whether my parents’ sacrifices, their parents’ sacrifices, or Clayton’s grandfather’s sacrifices and efforts were allowed to amount to anything for future generations was determined within institutionalized inequality that has and continues to limit many families from accessing elite universities at all, let alone generate legacy status for their children. In fact, to portray past sacrifice as the main factor for future success implies a base equality that simply ceases to exist.

I do honestly hope that my sister’s or my future children go to Duke, but that if they do, they bear in mind the reasons they are allowed to be here. The reasons that have to do with accumulated sacrifice, yes, but also the reasons that make them implicit in the way elite higher education perpetuates inequality even without this thing called legacy.