To Toss a Possum or Not? 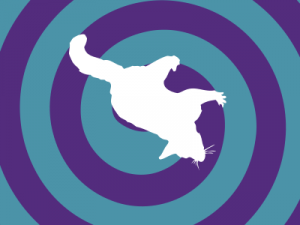 In New Zealand, that is the question. Just last September the BBC World News front page featured a headline that read like something out of The Onion: “Row Over NZ Possum Tossing Contest.”

The contest occurred at a local NZ elementary school…after all, what third grader doesn’t want to toss a possum during recess? For the animal-tossing uncultured among us, a possum-tossing contest entails the following: one, catching and humanely killing possums; two, tossing them as far as you can. That’s about it. See the video below for an example.  Sounds like a normal Sunday for me…


The principal of the elementary school that had this contest has come under fire, but he maintains that the kids, who were almost all from rural NZ farms and “had a good understanding of life and death,” were just having “harmless fun.” Moreover, the contest was part of a larger fundraising gala for the rural school. So, really, they’re tossing for a good cause he seems to be arguing.

New Zealand animal rights activists, however, beg to differ on the harmless fun aspect of this argument and insist that “it is immoral to toss dead animals around.” Here, there may be a point. After all, how many of us would enjoy spending an afternoon tossing around Fluffy and Sparky in the backyard? (If you would in fact find this fun…please don’t get a dog.)

But, here’s the kicker that makes the possum tossing much more acceptable to most than simply killing the family dog for a tossing contest: in New Zealand possums are not native and are actually classified as pests. Essentially, it’d be like if we here in America found some really big rats, humanely killed them and tossed them around. Though I become queasy at the idea of this, it doesn’t seem like too terrible a thing. We kill bugs, mice, rats and other “pests” regularly. What makes a possum different?

In case you think this is an isolated occurrence, the art of tossing bizarre animals or people is not exactly a new phenomenon in society. And yes, that did say tossing people, for we need only look to the bar sport of dwarf tossing. In fact, the game is so widespread, particularly in Australia, that scholars have debated whether or not dwarf tossing is unethical. Before anyone gets too concerned, I should clarify that the dwarves are not “humanely killed” pre-tossing as in the case of the possums. They are alive, suited with padding, and are often paid for offering themselves to be tossed. Dwarf or possum, which one would you prefer to toss?

Of course, before answering that question, there is one huge aspect of this possum-tossing contest that we haven’t even touched on: the humane killing of the possums. In theory, humane killing sounds like a mixture of a great idea and a great euphemism to make us feel better about killing defenseless creatures…I mean pests. But, in practice, I think we all knew our fair share of sadistic ten-year-old boys, and I can’t see them being so humane to the possums they want to toss.

Personally, I find that the idea of tossing any dead animal (pest or not) makes me quite squeamish, and it’s certainly not something I’d want to do in a school sanctioned setting. As for the dwarves, I have neither the strength nor desire to ever toss one anywhere. In fact, the mere idea of relegating a dwarf to the status of a baseball is even more hard for me to handle than tossing possums.

So, when all is said and done, would you toss a possum?