In recent years, intellectual history has reestablished itself as a distinct and vital field of scholarship, with a new attention to the social and cultural contexts of thought as well as to language, rhetoric, and meaning.  Even as the field has applied insights from a broad range of other disciplines, and especially from literary studies and philosophy, its practitioners have sought an understanding of thinkers, ideas, and texts that is emphatically historical.

(All seminars will meet from *5:00-7:00pm* on Sundays at the National Humanities Center in RTP.)

Dagmar Herzog, City University of New York: “Moral Reasoning in the Wake of Mass Murder: The Singer-Affair and Reproductive Rights in Germany, 1980s-1990s” 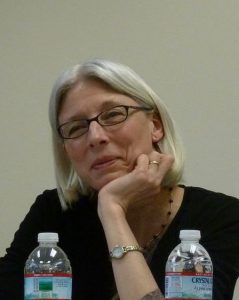 Dagmar Herzog is Distinguished Professor of History and Daniel Rose Faculty Scholar at the Graduate Center, City University of New York. Her many books include Cold War Freud: Psychoanalysis in an Age of Catastrophes and Sexuality in Europe: A Twentieth-Century History.

Abstract: Since the defeat of the Nazi Third Reich and the end of its horrific eugenics policies, battles over the politics of life, sex, and death have continued and evolved. With a particular focus on Germany at the end of the Cold War and the transition to unification – but placing trends there in a European Union-wide context – Dagmar Herzog documents how reproductive rights and disability rights, both latecomers to the postwar human rights canon, came to be seen as competing—with unexpected consequences. Herzog shows not just how central conflicts over sexuality, reproduction, and disability were to wider processes of secularization and religious renewal, but also explores the complex repercussive interrelationships between activist historians in the 1980s and 1990s who uncovered the long-suppressed connections between the mass murder of the disabled and the Holocaust of European Jewry, fierce debates over the ideas about disability put forward by animal rights activist Peter Singer, and intrafeminist tensions over how best to defend abortion rights against the argument that abortion is murder.

Fadi A. Bardawil, University of North Carolina – Chapel Hill: “Paradoxes of Emancipation: Revolution and Power in Light of Mao (Beirut, 1973-5)” 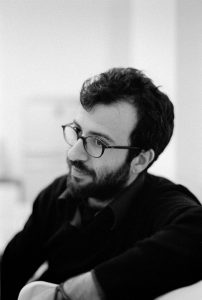 Fadi A. Bardawil, teaches in the Department of Asian Studies at UNC-Chapel Hill. An anthropologist by training, his research examines the international circulation of critical theory, the genealogies of post-colonial critique, and the traditions of intellectual inquiry of contemporary Arab thinkers. His book manuscript Emancipation Binds: Arab Revolutionary Marxism, Disenchantment, Critique is forthcoming.

Abstract: A couple of years after the foundation of the Organization of Communist Action in Lebanon (1970-1) at the height of the social, political and military polarization that preceded the outbreak of the Lebanese civil war (1975-1990), Waddah Charara, a major theorist of the Lebanese New Left subjected the three main components – Party, Theory, and Political Practice – of the revolutionary machine to critique. This paper examines how this critique, which was formulated in a translated Maoist idiom in the wake of the Chinese Cultural Revolution, at the apex of Mao’s global influence, re-articulated the meanings of power and emancipation. In doing so, it addressed the political and epistemic dimensions of the question of representation. The vicissitudes of political practice, during the Maoist interlude, opened up questions that would later be taken on theoretically in the academy by the labors of critique that were grouped under the umbrella of post-colonial studies. For now though, questions of power, emancipation and representation were articulated from militant grounds as an auto-critique and a political critique of Marxist organizational politics.  Charara’s Maoist episode put forth a ‘post-colonial’ Marxism that attempted to conjugate the salience of communal solidarities – sectarian, regional and kin-based ones – with class struggle. 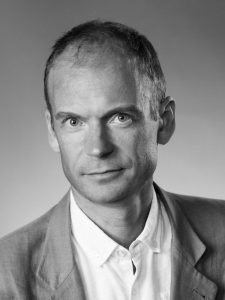 James A. Harris is Professor of the History of Philosophy at the University of St Andrews. He has taught at St Andrews since 2004. He is the author of Hume: An Intellectual Biography (Cambridge University Press, 2015) and Of Liberty and Necessity: The Free Will Debate in Eighteenth-Century British Philosophy (Oxford University Press, 2005). He has published articles on Hume, Hutcheson, Reid, Beattie, and Priestley, and on a number of themes in eighteenth-century British philosophy. He is the editor of The Oxford Handbook of Philosophy in Eighteenth-Century Britain (Oxford University Press, 2013), and also (with Aaron Garrett) of Volume One of Scottish Philosophy in the Age of Enlightenment (Oxford University Press, 2015). He has edited texts by Reid (with Knud Haakonnsen), Beattie, Kames, and Abraham Tucker. He currently has two research projects. One concerns the persona of the philosopher and the nature and social role of philosophizing in eighteenth-century Britain. The focus of the other is British political thought from Locke to Burke, in particular changes and continuities in the period’s discussion of political obligation. 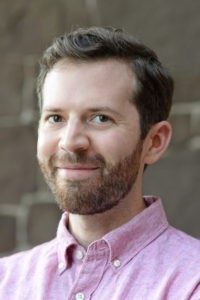 Larry is a historian, anthropologist, and drummer. He recevied a doctorate in Intellectual History from Johns Hopkins and taught at Wesleyan University. Currently, Larry leads the medical ethnography division at Design Science, Inc. His monograph, Making Spirit Matter, will be published later in 2019 with University of Chicago Press.

Abstract: The idea of spirit (l’esprit) has deep roots in French intellectual history. It originated with the Enlightenment thinkers, Montaigne and Descartes, who conceived the immaterial cogito against the material order of nature. But in the 19th century, the rise of neurology and physiological psychology brought about a seismic transformation. These nascent disciplines toiled with the faculties of the self, translating them into circuits of the nervous system. In response, waves of thinkers (from Henri Bergson and Alfred Fouillée to Pierre Janet) rejuvenated spiritualism by mobilizing the very sciences that cast doubt on metaphysics and theology. This dynamic philosophical movement brought about a materialist turn within ideas of spirit. It took shape in the wake of the nation’s humiliating defeat in the Franco-Prussian War of 1870. With an eye to scientific advancements in the British and German Empires, the French Third Republic invested in experimental laboratories as wellsprings of social regeneration. Far from having led a revolt against positivism or rationalism, the thinkers at the center of this paper sought to expand the bounds of the positive and the rational. By exploring shifting ideas of spirit and matter in the institutions of Republican France, I offer some suggestions for rethinking historiographies of science, philosophy, and religion in fin-de-siècle culture. 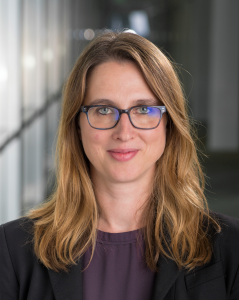 Geneviève Rousselière is Assistant Professor of Political Science at Duke University. Her work focuses on the history of modern political thought, especially eighteenth and nineteenth century France. She is finishing a book entitled Sharing Freedom: Republican Democracy from Rousseau to Durkheim.

Abstract: Republicanism has been undergoing a protracted crisis in France. French republicanism has been criticized for aiming to generate citizens’ allegiance through a homogeneous sense of national identity. Against models based on nationalism or an illiberal enforcement of particular values, I argue that the core of French republicanism should be found elsewhere, in particular in the idea that it is by equally sharing freedom that we can generate solidarity. I propose to find in Durkheim’s work such a blueprint for a republican program. I argue that his political theory, which I dub “social republicanism”, shows how solidarity can be secured in a diverse polity through an egalitarian and participatory program of social justice.

MacKenzie Bok, Harvard University: “Society Redeemed? John Rawls and the Making of A Theory of Justice” 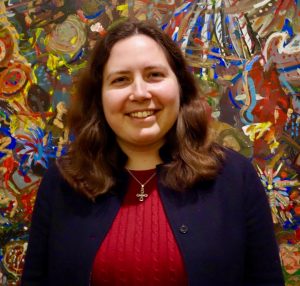 Dr. P. MacKenzie Bok is a lecturer at Harvard on intellectual history.  She completed her PhD in History at Cambridge University (St John’s College), where her thesis on the young John Rawls won the Sara Norton Prize, the Prince Consort & Thirlwall Prize, and the Seeley Medal.  Her Modern Intellectual History article “To the mountaintop again: the early Rawls and post-Protestant ethics in postwar America” won the 2018 Dorothy Ross Prize from the Society for U.S. Intellectual History.  Dr. Bok is currently completing a book on Rawls’s path to A Theory of Justice, which aims to show how his work was shaped by its midcentury context.  Her broader interests include the fraught phenomenon of secularization, the intellectual foundations of liberalism, the relationship between analytic philosophy and social science, the twentieth-century rise of the welfare state, and how moral philosophy and political theory have changed since the Second World War.  When not writing and teaching as an historian, Kenzie works on affordable housing policy in her home city of Boston.

Abstract: John Rawls was the most important liberal philosopher of the twentieth century. His 1971 magnum opus, A Theory of Justice, transformed Anglo-American political thought. As another philosopher wrote, “A Theory of Justice is the watershed that divides the past from the present.” In debates over American political philosophy, Rawls’s Theory has come to be treated as point zero, a position from which others can advance or retreat. But this approach has entrenched a view of Rawls as a thinker who stands nearly outside time.  This paper will challenge that approach by weaving Rawls back into history and highlighting in particular the motivating questions that drove his work.  As John Rawls mused towards the end of his life, his philosophical project had asked: “What does society have to be like for it to redeem itself?”  This paper will explore that theme of social redemption and how it infused Rawls’s thinking over the three decades leading up to the publication of A Theory of Justice.

Pennybacker is the Chalmers W. Poston Distinguished Professor of European History at UNC Chapel Hill. She is the author of A Vision for London: labour, everyday life and the London County Council Experiment, 1889-1919 (Routledge, 1995, 2013), and From Scottsboro to Munich: race and political culture in 1930s Britain  (Princeton, 2009). She is the Immediate Past President of the North American Conference on British Studies (NACBS).

Abstract: The paper explores the thought and activism of political exiles and emigres to London in the postwar era. South African opponents of apartheid lead the narrative, drawn from a wider project which considers Indian and Trinidadian exiles, and their British and European counterparts as well. A noblesse oblige of dynamic leaders, often sharing a legacy with older membrs of their families, grew amonst the ranks of exiles in motion, in the former empire and metropole. The paper assesses their influences upon London political culture in the Cold War era. An archive of ethnographic work conducted in South Africa, India and the Caribbean, complements material drawn from London-based subjects, offering existential and political testimony.