World Cup Ads: Showing the beauty or denying the ugly? 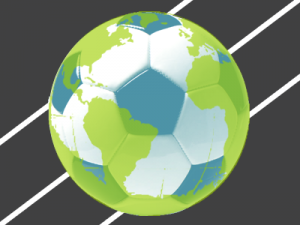 I am not a sports person. I know enough to not embarrass myself, but I rarely actively seek out televised events. If my family or dorm-mates are watching some sporting event, I’ll watch and cheer with them. This summer though, I am not at home and I am not in a dorm. In other words, I am not watching the World Cup.

From reading my twitter feed, it seems I am the only one who hardly cares about the World Cup. In actuality, I just have friends who very vocally care. Furthermore, I am surrounded by news organizations and corporations that are either commenting or advertising their connection to the World Cup.

Buzzfeed  published a comic explaining the prevalence of sex trafficking at the World Cup. Nate Silver’s FiveThirtyEight, of course, is predicting the outcomes of the games. The New York Times has an interactive guide to the history of soccer. Corporations, ranging from Nike to Hyundai to McDonald’s,  have a number of videos related to the World Cup. Specifically, Pepsi has a short video, “Pixoite’s Game” featuring Kelly Rowland.


It was this last video that caught my attention in the wake of all the World Cup news. In the first few seconds, the phrase “Pepsi Beats of the Beautiful Game” is displayed. The Spike Lee-directed video follows a young boy and his soccer ball throughout Brazil. The beginning of the song and video are upbeat, almost inspiring me—a person who never played soccer—want to grab my friends and kick the ball around on the quad. However, the boy in the video also faces some not-so beautiful things. He appears to face poverty, a teenage bully, prostitution, and a security guard. In the end of the video, he finds the ball, arrives at a World Cup stadium, stands in front of the goalie, kicks and SCORES!

But as I watched this video, I was thrown. I liked the song and the story, but I couldn’t decide how I felt about the portrayal of the boy’s world. Was the video accurately representing some of the ugliness surrounding the World Cup or making light of it?

From my limited knowledge, the World Cup is far from perfection. The corruption in FIFA and Brazil has resulted in protests against the government spending on the World Cup, leading to violent clashes between protesters and police. The latter added the existing poverty and human rights concerns. These imperfections are ugly; they are harmful to the nation, the people, the families, and the individuals.

How can I come to terms with the beauty of an international event like the World Cup and the ugliness surrounding it? Is there a way that we can talk about the World Cup, its beautiful ability to unite the globe, without denying some of the ugliness inherent in producing it?

Watching it again, I think the video has found a way address both the beauty and the ugly. It shows the success of a young boy, acting like a kid, in a less-than perfect world. It is honest about the imperfections and ugliness of the world, because that is unavoidable in life. However, it shows that the ugliness does not diminish the beauty of the world. If anything, the ugly (the bully, the poverty, the prostitution, the guard) makes the beauty (the soccer ball and the goal) more beautiful.

Of course, Pepsi’s competitor Coke also created World Cup promotional videos that show the beauty of soccer throughout the World. I honestly prefer the Pepsi promotional video, but that does not sway my Coke-loyalty in the great Coke vs. Pepsi debate.