The Right to be Wrong 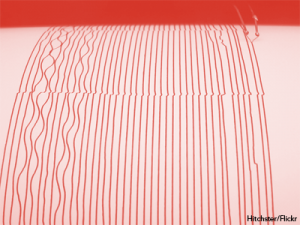 Recently, six Italian scientists and one government official were convicted of criminal negligence and manslaughter over the earthquake in L’Aquila that killed over 300 people in 2009. The court ruled that they were liable for failing to adequately forewarn people of the natural disaster.

This recent case places the limelight on predictive sciences. What degree of accuracy should we demand? Should seismologists be held criminally liable for being wrong? Should they be morally liable for their inaccurate forecasts?

Before examining the culpability of the Italian scientists, it is important to examine two analogous cases.

Medicine too is a predictive science to a certain degree. No doctor can be 100% certain of the success rate of a procedure or the effectiveness of treatment. Nevertheless we do hold physicians to a certain standard of judgement in medical malpractice suits. When the evidence shows that they have made a grossly wrong decision, they are held liable in court.

On the other hand, lawsuits over weather forecasts are deemed frivolous. When a Belgian coastal town sued a private weather agency this summer for poor weather forecasts which killed its tourism industry, its demand for reparations was promptly dismissed.

Where between these extremes does the Italian case lie? I believe that the scientists had an obligation to inform the public of the possibility of a major earthquake after the minor tremors, but that they are nevertheless not guilty of manslaughter.

First, seismology is considerably less precise than medicine; it is more akin to weather forecasts. Although the court pointed out that the low tremors experienced by L’Aquila preceded large earthquakes in the past, many tremors were also false positives. Thus, this fact alone is insufficient to “prove” criminal negligence. It would be more substantively fair for the court to solicit the opinions of other seismologists whether these warning tremors were blatantly predictive of a large earthquake.

Moreover, most predictive sciences are about risk management. In this case, the seismologists had no control over how to manage the disaster response that would have ensued whether or not they predicted the earthquake. Even if they had issued a warning, what could have been done? It is unclear whether a mass evacuation plan could have been effectively executed. Certainly, the structures of the buildings could not have been secured in time. Thus, much of the liability must be attributed to the disaster response plan pre-earthquake, and the efforts post-disaster.

Perhaps the lesson to be learned is that predictive sciences are just that, predictive. What requires greater attention and necessitates greater scrutiny are the accompanying contingency plans.