When I was younger, I used to marvel at the whirls and twists of highway overpasses whenever my family drove through downtown Houston. By the time I was eight, I could probably navigate my way through the web of different freeways that weaved across the city, and in a few years, I had added trains and planes to my repertoire. I was obsessed about the ways that people got where they needed to go—to me, it was the essence of government: building cool things that cost a lot of money.

Growing older, the other side of the story came into focus. I learned about freeway revolts—I learned why certain things were built certain places, why the airport closer to my home had been turned into a golf course in the 1990s while the federal government simultaneously poured billions more into one nested inside of a Latino part of town. Suddenly, my love for shiny cool things was thrust into jeopardy.

I didn’t stop drifting towards government as an interest, however— and so it became a necessity for me to find a way to reconcile this conflict. Could policy be used to do transformative things, or was it bound to exacerbate inequalities in the process?  You can find countless voices on either side of that divide, some calling for a colorblind government to floor the accelerator, and others demanding that all progress cease until we can exile bigotry from the mind of even the least repentant racist.

I think that that’s a false choice. I think that the best option for all of us is to move forward, while also lifting upward. And I think that listening to voices of color, and centering them in the policy process, can be one of the most effective ways to achieve that.

That’s why I became a part of this program: to create that option, and to find that way forward. 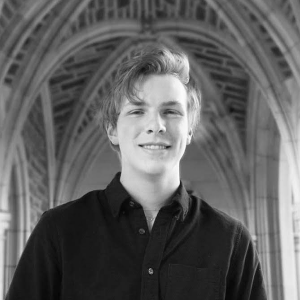 Matt Mohn is a first-year student from Houston, TX intending to major in Public Policy with a certificate in Philosophy, Politics, and Economics. He is passionate about the ways that people’s lived experiences shape the way that communities vote and evolve. At home in Texas, he contributes to anti-gerrymandering campaigns but on campus he is a member of DIRA and Duke Debate.

All posts by Matt Mohn