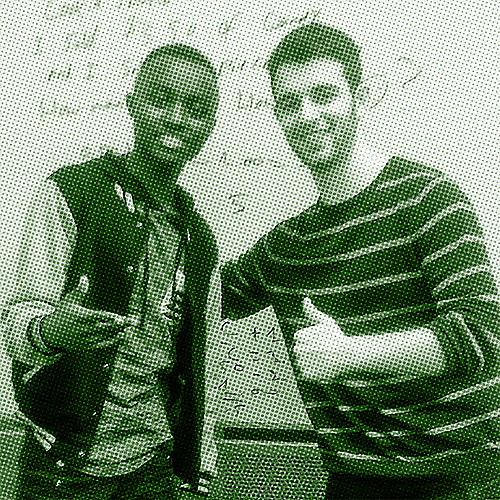 I am writing to you both today in response to a question I posed to you both this past summer. “What should one aspire to become?” I recall the moment vividly when you had both thrown the question back on me, challenging me to answer my own impossible question. What a luxury it must be to be a professor, I thought at the time. I would never have to answer any difficult questions, but rather could throw them back at my students to figure out for themselves. Of course, I never said that, but I was certainly thinking it. Today I write to you both to thank you for throwing the question back on me. I now realize that in doing so lied the answer…

Professors, I have been an active member of your Lab since my first semester at Duke. At first, I admittedly was surprised by the organized chaos that realistically would better be called unorganized chaos that comes with transporting hundreds of local refugees to and from campus each Tuesday for two hours. Yet, a year and a half later, I find that the chaos has only grown, and I have grown with it.

My first memory in the Lab was at the welcome back BBQ which featured great food, fancy music, and a number of children and young adults playing soccer refereed by the typical Kenan Chaos. Little did I know that from this chaos would stem my most informative relationship at Duke which has most recently informed the answer to the question I posed to you both… Little did I know that in this chaos, I would meet Faustin. Although at the BBQ our interaction was brief, it was the start to an amazing mentorship that your Lab has since incubated.

It was a week later that I came back to the Lab for round two of Kenan Chaos and again found myself clicking with Faustin as we played keep-it-up for an hour straight. Later that evening, I learned that he would be my mentee. As you both knew, Faustin and I were the same age, yet because of his time in a refugee camp he was a junior in high school, while I was a freshman in college. But, at the time, all I had known about Faustin was that he was was only in the US for a year and a half, and still learning English and that he was a talented keep-it-up player.

I remember wondering why you wouldn’t pair Faustin with someone older and wiser, but I stayed quiet again, keeping my thoughts to myself. It is now three semesters later, and I am still discovering the wisdom behind such decision.  Perspective and hindsight play funny tricks on people.

You both are aware of how Faustin and my relationship has developed since its inception, so I will not indulge in these details. I will however bring to your attention the struggles Faustin and I faced when refining English skills, preparing for the ACT exam, and writing college applications. I recall the support you gave Faustin through investing in educational materials, writing letters of recommendation on his behalf and requesting multiple meetings with the superintendent of Durham Public Schools to advocate on his behalf. I can only hope to be so passionate about my future career that I can remain motivated through the infinite unforeseen difficulties faced in getting Faustin the accommodations he is entitled to on the ACT.

And yet, despite these difficulties, despite the long conversations, despite the arduous background research, despite the large amount of time invested in someone else’s success, you did not give up. Faustin got his accommodations, and submitted well-crafted college applications on time…

After two months of apprehension, this past week Faustin heard back from his first University. I received the news via a WhatsApp picture, and it was clear; at last Faustin had been accepted into college. Although he is still unsure whether he will attend because of financial reasons, when I saw him later that day he had a certain look in his eye, a look that I remember having when I had been accepted to Duke, a look that my father gets when he talks about his business he created from scratch, a look that I saw in both of your eyes when you shared how parts of your upbringing shaped you into who you are today. It is a look of pride. A look of accomplishment. A look of fulfillment. It is a look that says, I have made it to the one percent of where I come from; I am living life to the fullest.

In that moment, I realized how impactful that acceptance was on Faustin. Within his 19 years he had went from living in a refugee camp, that has a resettlement rate of about one percent, to getting accepted into an American University. The moment he received his acceptance, what seemed his wildest fantasies years ago became tangible, and became so because of his own merit. Faustin had aspired and he had become.

Herein lied the answer to my question that I posed you both over the summer: one aught to aspire to become the one percent of where they are from. That is to say, one ought to dream big and chase after those dreams, but never forget to appreciate the journey and make the best of his or her current situation.

I am told that experiential learning is the new ideal in University settings. In fact, it is one of the many things that Duke Admissions stresses to prospective students. I can now testify to its efficacy, for it is only though experiences like the one I was lucky enough to have that one acquires wisdom. And, wisdom is what answers even the toughest of life’s questions. While I still don’t know exactly what I ought to be, I am now a step closer, and I owe much of that to you. I am looking forward to what the future holds.