I’ve officially wrapped up all of my interviews, and now I’m working on compiling all of them and producing a final video project. Along the way, I learned a lot more than just my research topic, which I’ll be sharing in this letter.

Here are my four biggest learning experiences this summer:

1. Double or triple-check equipment:
I’ve loved filming, editing, and making videos for most of my life, so I knew I ultimately wanted there to be a film component to my project. This way I could make it more creative and be something that would last longer and hopefully be used for educational purposes down the line. Because I’ve been making short videos since I was in seventh grade, I felt comfortable using equipment and editing software. Even though what I used for this project was different from what I normally use, perhaps I felt a little too comfortable. I’m used to filming things on a phone, with no external audio recording devices, but I wanted my project to look nice, so I bought a camera and clip-on microphones. I tested the camera, and it worked really well, and I tested the two microphones by plugging them into my phone and recording the audio, and they sounded great as well. But what I overlooked was that when I was filming and had the microphones plugged into the camera, one of the mics had the default volume it picked up on high. As a result, when I went back and listened to the footage, the audio sounded gravelly because of audio clipping. I was really disappointed because, while you can still clearly hear what people are saying, it doesn’t sound as professional as I would like, which could have easily been amended had I double-checked the audio.

2. Don’t stress about the interviews:
While many of the interviews I conducted were casual and didn’t require much prior preparation, there were a few people I was anxious to interview, as they were more high-profile, such as the chief justice of the Nevada Supreme Court and the two State Senators I interviewed. My goal going into all of the interviews was to be conversational and ask questions relevant to my topic to hear people’s perspectives. I didn’t want the interviewees to just answer my questions, but I hoped for them to talk about themselves in a way that conveys their story. I prepared as much as I could for the interviews in order to ask relevant questions that were catered to the person with whom I was talking. But when I did go into the interviews with people like Justice Douglas or Senator Segerblom, I felt that it was less conversational like I had hoped and more back and forth of inquiring and responding because I was so focused on trying to ask the right questions. This, as a result, might make the finished interviews sound choppier than I would like. In addition, because I was nervous before going into one of my first interviews, when setting up my camera to film, I accidentally cropped off the top part of the person’s forehead. When I looked back at the footage, my heart sank because he wasn’t fully in the frame, but I was careful to make sure every person I interviewed after was 100% centered before recording.

3. Don’t go into the interviews expecting what people might say:
I slowly began to realize this the more I conducted my interviews, but it was something that still remained hard not to do. I think it is somewhat ironic that one of the central themes of my project is bias and assuming things about people before talking to them, when that is essentially what I did when lining up my interviews. I wanted to find people of varying political ideologies, realms of thinking, and backgrounds so that I would be able to hear different thoughts and opinions. But the only reason I chose the people I did was because I assumed what they might say because of their political affiliation and where they lived. This also led to questions I asked that I thought would satisfy more of how I thought they would answer, which surprised me when many of the responses were not what I had expected. I was mainly surprised by people who I thought were more on either extreme of the political spectrum but had more moderate takes on issues. This was an important realization for me because I went into this endeavor with the mindset that I would take a more ethnographic approach rather than probing for answers. But when I started talking with people, I think I forgot about this mentality and began to try to extract information from people rather than just listen to their stories. However, with the more interviews I conducted, I found it easier to ask questions that weren’t as pointed and provided for more authentic answers.

Of course, I learned so much more along the way, but these were my three biggest takeaways. With summer almost wrapping up, I’m sad that this journey is coming to an end, but I am so happy with all that I’ve done the past couple of months! In the next two weeks I will have my finished edited film project, which will include a three-part series documenting the people I talked with, and an abridged version that will include the highlights of the interviews in one video.

Here is a trailer I made for my project: https://www.youtube.com/watch?v=dreXQHYxhck&t=6s 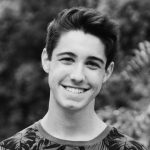