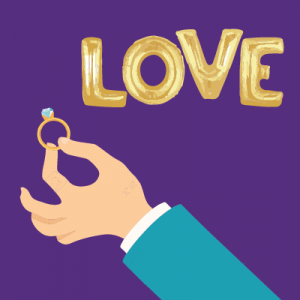 As a disclaimer, this isn’t a blog post functioning as a potential authority on the subject, but rather a coherent string of thoughts on the two subjects.

In the breathless whisper of autumn leaves, in the silent crash of waves against the sand, in the babbling of brooks and rivers, in the velvet petals and ripe fruits of stems and tree branches. In faded polaroid frames, in rough tree carvings, in exchanged or discarded clothing items. In songs, in movies, in poems, in artworks.

Yes, the L word is Love. It seems almost impossible to escape its manifestations and influence. There is love everywhere, eternally embodied to stand the test of time. Some people posit love as the most powerful force to construct human relationships and open pathways for empathy, compassion, and benevolence. I don’t know if I would hold love in such high esteem (mainly because I’m not familiar or overly comfortable with how to express it in my personal life), but I do see traces and multiplicities of love in almost all of my personal relationships with people, whether I’m close with them or not: family, friends, classmates, teachers, singers, artists, writers, home, birthplace, cities, streets, food, animals. In the depths of my complex human (dis)connections, every string is unique, crafted with different foundational materials and worn down at different knots and lengths due to the different experience they have weathered.

Considering this, questions that force you to absolutely compare multiple relationships confuse me. For children with parents of the opposite sex, who do you love more? Your mother or your father? Do you love your brother/sister/sibling or your cousin more? If your significant other or your best friend since elementary school were drowning and you could only save one person, who would you save? In elementary even middle school, there would be petty, naive bickering about who your best (implying singularity) friend was, or even a ranking of, for example, your top three best friends. Reflecting back on this, how are you supposed to place comparative values on such sensitive, distinctive, fundamentally different emotional compositions?

I know of people who have been in long-term relationships for over five years. I know a high school junior and high school senior couple who will probably end up getting married, as the junior’s parents were high school sweethearts themselves, going to colleges in the same area and giving up better educational opportunities for each other. I have friends that are at Duke specifically to look for their lifelong significant other (yikes). As someone who tries not to think too much about their future (a sad impossibility at such an intense, overwhelmingly pre-professional school), the institution called marriage is a mystery to me. I don’t know how the conversation came up, but I was in a car with some friends driving to H-Mart and we ended up talking about marriage and monogamy. I’ve never seriously thought about polyamorous relationships until that car ride. What is it about dividing our love, energy, and time to multiple people in a romantic context that’s forbidden and hated? Is it human selfishness? Jealousy? Or is that the natural order of things? I don’t have a definite answer to this, but it’s something that merits further reading and thinking on my part.