The Feminist Majority Foundation: What’s in the Name? 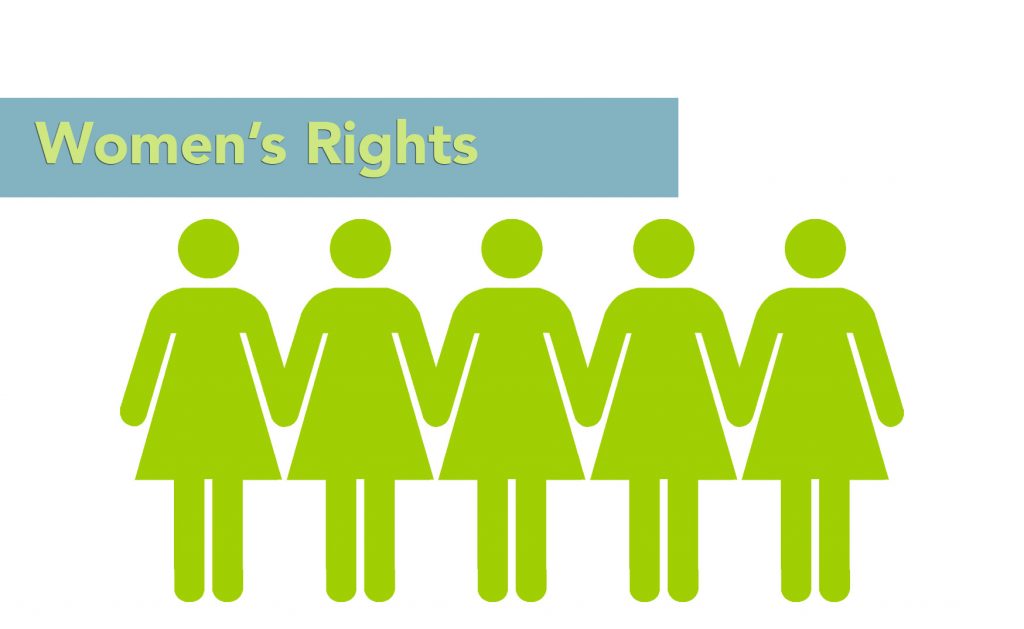 The Feminist Majority’s mission is to “empower feminists to win equality for women at the decision-making tables of the state, nation, and world.” It fights for non-discrimination on the basis of sex, race, sexual orientation, socio-economic status, religion, ethnicity, age, marital status, nation of origin, size or disability. In more recent years, it has also expanded its fight to include the environment and LGBTQ rights.

The Feminist Majority’s approach to social change is multi-faceted, but, at its core, mainly targets the legislative process. However, in the age of social media, the organization has seen more recent success when it employs bottom-up strategies that involve grassroots activists. On the legalistic side, FM closely monitors changes in current gender protections and pushes for legislation that furthers women’s rights. To do this, the organization helps write legislation and also pressures government officials to do their part in the feminist fight. For example, FMF has successfully pushed forward legislation to combat oppression in Afghanistan and drives to better enforce Title IX in education across the United States. In addition, FMF works with grassroots organizations, like NOW and Indivisible, to train activists in approaching their political representatives in town halls or through phone calls.

Although its primary strategy focuses on political and legalistic avenues of change, the Feminist Majority encourages local organizers through social media and email campaigns to pressure state and federal level politicians to ensure the laws of our country represent and protect the entire country, not just 50% of it. In addition, in the last few years, more resources have been allocated toward grassroots, bottom-up activism focused on student-campus organizing. The FM team has more recently harnessed the power of university campus voices, taking inspiration from the founder, Ellie Smeal, who fought for integration on Duke’s campus in the 1960s.

For both veteran and beginner activists, FM works to show the success of constituents threatening to withdraw their support and vote in the face of non-action. It also wants to ensure that its activists are well informed and mobilized; employees at FMF are constantly writing newswires and blogs on current issues and events. FMF keeps its social media sites active and easily digestible so that readers feel that they can get involved. In addition, FMF tries to actively include male participants, as it notes that feminist progress benefits men too. Its presence is not just online; it attends rallies and events because the Feminist Majority believes that a physical presence is crucial to showing that feminists are the majority. The Feminist Majority also publishes Ms. magazine – yes! The Gloria Steinem one – to keep members aware, effective, and sometimes enraged. However, while readers expected the Ms. edition that followed Trump’s inauguration to be negative and depressing, it was kept lively to show our pride in the success of women’s marches around the world and the progress we made in other congressional seats across the nation. It was a showing of how feminists are the majority

To be effective, the organization constantly updates its targets based on the identity of the political administration in power. Now, it faces one of its most challenging fights yet in Trump’s America, following the disappointing 2016 election results and the supply of cabinet members who have spent their lifetimes working against the feminist mission. The Trump administration threatens to undo the centuries of progress for women, especially women of color and LGBTQ identifying people. Following this shocking Trump win, FMF currently frames its work as “defensive” – attempting to obstruct policies, legislations, or rollbacks that will most damage progress of women’s rights groups, including the Feminist Majority. In the face of these threats, like the Senate’s new healthcare bill, cuts to department of justice civil rights and Title IX budgets, or slashes to Medicaid and Planned Parenthood, FM is about to unleash its most effective and well-resourced campaigns on social media and at the grassroots level. While FM does not have the congressional support to draft and push new legislation, the organization educates activists and politicians on the effects of their policies on women. For example, interns educated legislative staffers on the harrowing effects of Trumpcare 2.0 on women, especially focusing on politician’s offices from states who rely heavily on Medicaid. However, the focus changes on a near daily basis as news comes out on issues like the possibility of a new justice retiring and being replaced with an anti-Roe conservative, eliminating the Affordable Care Act’s birth control mandate, or the withdrawal from the Paris Agreement. FMF considers all of these to be feminist issues because women make up half the population!

FMF pushes the idea that women, who are and have been far too often left out of the conversation, must be included in guiding the discussion. Staff members have expressed the notion lately that there will not be many wins within the next few years; it will be a battle, but whenever there is a win, we must celebrate.