The Darker Side of Dog Memes 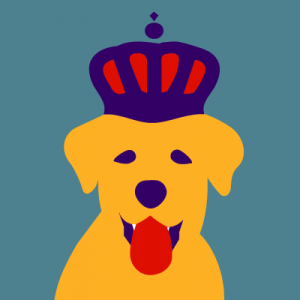 The internet has a religion, and dogs are its deity. Disciples congregate on Twitter accounts like the 3.88 million-strong WeRateDogs, Facebook groups like the 465,000-member Cool Dog Group, subreddits like the 336,000-subscriber r/rarepuppers, and countless others. In these abbeys, believers promulgate the gospel by posting pictures their own dog or a dog encountered in public and showering it with effusive praise. So intense and obscure is this admiration that the subculture has created its own vocabulary for the veneration and classification of different doggos. Floofers, woofers, doges, puppers, pupperinos, and borkers are a few of these categories, but rest assured, all are good boys. Much of the humor in the meme is derived from the absurdist language that accompanies the pictures. It’s silly and ridiculous and fun.

But there is a subtly dark philosophy underscoring the digital worship of doggos, and it has to do with our relationship to technology and to each other. In these memes, dogs are presented as invariably and exceptionally virtuous. This saintly caricature stands against the backdrop of an impure human world that seems to lack stability, authenticity, and discernible purpose. Somehow, there is an ironic humor in the juxtaposition of the two worlds. We laugh at memes of dogs struggling to navigate the confusing and sometimes disappointing realities of human life—a dog in a cap and gown concerned about student loans, a dog on Tinder struggling to meaningful relationships, a dog at a stoplight on the verge of an existential crisis.

Not all dog memes are explicitly dismal. On the more wholesome side of the meme spectrum, some dog memes simply joke about how much humans love dogs, or how much dogs love humans. But even then, dogs are made out to be impossibly innocent, impossibly genuine, or impossibly loyal. Dogs are better than humans. A dog doesn’t present an image of itself; it just loves you as itself.  As Buzzfeed, self-appointed authority on everything, would put it, “we don’t deserve dogs.” Even these dog memes push the narrative that dogs are glimmers of authenticity in a disingenuous world.

But maybe it goes deeper. We worship dogs for being their true, genuine selves using social media, the same platform we decry as inauthentic. Social media makes us feel alienated by showing us only the images others want us to see, then delivers doses of authenticity in the form of idealized pet pics. It’s a feedback cycle.

Like almost everything in 2017, it’s difficult to tell how much is serious and how much is ironic. But it appears that dogs are increasingly being treated as a means of escape. Consider our very own Nugget, the golden retriever whose owner, Keith, brings her to campus everyday to make students happy. Talk to Duke students, and you’ll see that many—myself included—appreciate her as a distraction from the stressful world of Duke. But at the same time, Nugget herself is a part of Duke. In the same way, all the cute dogs we see in public are not the sole beacons of light in this world—they are one nice part of a world that includes many nice things and people.

So, do I think dog memes are bad or unhealthy? Not at all. Like most hard-working Americans, I love a good pupper. But I also love a good human. Because humans can be good boys too. If we forget that, we turn man’s best friendship into an unhealthy, dependent, idealized relationship.