The Capacity to Help: Colombia’s Restoration of Land Rights to Internally Displaced Persons

By Robert Carlson on August 10, 2018
As much as human rights scholars study what obligations governments should have to protect human rights, they rarely give as much attention to an equally important question: Are these states capable of carrying out their responsibilities to their citizens? Colombia’s experience restoring land rights to internally displaced people demonstrates both the value and limitations of the human rights framework. Although the language, institutions, and norms of human rights can guide states’ aspirations, they mean little if the state lacks the capacity to honor its obligations. In Colombia, the government’s lack of control over their own territory is a major impediment to returning displaced people to their homes.

Protection of internally displaced people (IDPs) is a critical human rights issue in the Colombian conflict. Unlike refugees, who flee across a border in response to persecution, war, or violence, IDPs are on the run within their home country. At the end of 2016, Colombia was home to more than 6.8 million internally displaced people, comprising nearly 15% of the total population and placing the country second only to Syria in its number of IDPs.

Most displaced Colombians have fled from rural areas where, from 1964 to 2016, the government engaged in a counter-guerrilla campaign against the FARC rebel group. Still others were displaced from urban areas in the 1980s and 1990s, when drug-related violence earned the city of Medellín the title of “most dangerous” in the world. Even with the June 2016 peace deal between FARC and the Colombian government, displacement continues as new paramilitary groups fight along Colombia’s Pacific coast.

In its efforts to resolve the IDP crisis, the Colombian government has followed the letter and the spirit of international law. Between 1993 and 1998, the UN Special Rapporteur on Internally Displaced Persons, Francis M. Deng, led a team of scholars to recommend policy on IDPs. Together they came up with the Guiding Principles on Internal Displacement. One of the central tenets of these principles is that “national authorities have the primary duty and responsibility to provide protection and humanitarian assistance” to their own internally displaced people. The actions that governments take (or fail to take) to fulfill these principles have real significance on the ground—without recognition of land rights, economic reparations, and security forces that are effective and accountable, displaced people will remain on the run.

The Colombian Congress recognized the government’s duty toward IDPs in its 1997 passage of Law 387, assigning to the state responsibility for the “assistance, protection, and socioeconomic strengthening” of internally displaced persons. As part of this responsibility, Bogotá has pursued a program of restoring land rights to displaced people, ensuring that IDPs’ access to their homes is protected and endorsed by the government.

The government began pursuing land formalization and restitution in a project with the World Bank between 2002 and 2014, but the program resulted in only 1,337 new titles for land occupants. In 2011, Congress passed the Law on Victims and Land Restitution. The legislation generated high hopes in the human rights community, but in the five years after its passage, only 5,008 properties were resolved by judges (An additional 15,000 cases were resolved by the ad hoc Land Restoration Unit in 2016). Compared to the size of the IDP population in Colombia, this affects only a small group of people.

There were several factors that prevented the human rights that were enshrined in Law 387 from being guaranteed in the day-to-day lives of the Colombian people. First, fewer people than were expected have applied for land restitution. Distrust in government, lack of information about the law, and long distances to government offices could all be factors that explain why only a third of the anticipated number of applicants have applied for relief. Second, the restitution process is slow, under-resourced, and inefficient. Like any bureaucracy, the Colombian government’s land restitution program lacks the necessary funding to serve everyone who petitions for a land title. Third, gender discrimination can play a role in preventing female claimants from attaining property rights after their husbands have died or gone missing—a case that is particularly common following a civil conflict in which most of the combatants were men. Although the law was written with specific safeguards for women in the claims process, judges do not always follow through with these protections.

These issues—low application numbers, a slow bureaucracy, discrimination against women—are a part of the problem, but the greatest factor is the inability of the Colombian state to protect land rights in the rural Southern part of the country. Most of the land restitution claims that have been filed with the government are in areas that, until recently, were controlled by FARC or contested by various groups. Some claims are in areas that are still being fought over by the Colombian armed forces, left-wing guerrillas, and right-wing paramilitaries. The government may be able to grant an applicant their land title, but that doesn’t make the land safe for a family to live in. Even if every displaced person submitted a claim, even if the bureaucracy ran perfectly, and even if not a single judge discriminated against women, the Colombian government’s land restitution program would not be able to surmount this obstacle.

Governments ought to honor human rights, but Colombia’s efforts at restoring land rights demonstrates that state capacity is an important condition. If the government in Bogotá does not first exert state control of rural areas in the country, it can’t honor its promises to return 6.8 million people to their homes. We should remain optimistic that Colombia will be more successful at restoring people’s land rights as the peace process unfolds. With greater authority over its own territory, Colombia can take a greater responsibility for the welfare of its people and be in a real position to help. 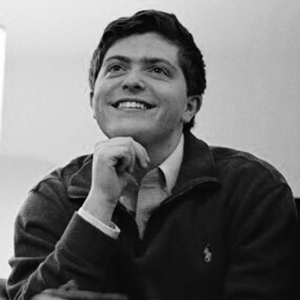