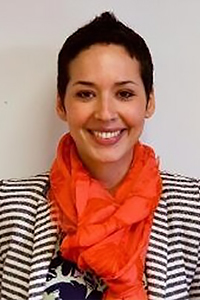 Tamar Lawrence-Samuel conducts strategic research and policy analysis on the campaign to Kick Big Polluters Out of Climate Policy, Challenge Corporate Abuse of Our Food, and Challenge Big Tobacco. Lawrence-Samuel also regularly represents the organization in its official relations with the World Health Organization, the Framework Convention on Tobacco Control, the United Nations Framework Convention on Climate Change, and the United Nations Economic and Social Council, with a focus on the Global South. She is being interviewed by Ebony Hargro, a Research Intern through the Kenan Pathways of Change Program for the summer of 2017, in the CAI office in Boston, Massachusetts.

Ebony Hargro: Where did you grow up? What were your early years like?

Tamar Lawrence-Samuel: I grew up in Geneva, Switzerland, where I attended an international school and had the benefit of a very multicultural and diverse upbringing. From an early age, I was very concerned with power, privilege, inequity and injustice, though I may not have termed them that.  I spent a lot of time thinking about the different worlds people live in, and what I could do to create equity of opportunity and experience.

EH:   What is your educational background?

TLS: I studied political science and international relations in college, at the California State University, Chico, and went on to study international human rights law at The George Washington University Law School.

EH: What did your path to corporate accountability look like, and your path within it, look like?

TLS: From an early age, issues of injustice and fairness spoke to me and motivated my decisions. Starting in college, I spent years working on different aspects of these issues, and approaching them from different perspectives.  I worked on women’s rights, domestic violence, child abuse and neglect, international and regional human rights advocacy, access to justice, legal reform, immigration and post-deportation.  While some aspects of the work were rewarding in the short term, overall, I felt a frustration with what seemed like putting bandaids on gushing wounds.  It suited me well to find Corporate Accountability International, which works at the root cause of much of the world’s injustice: unchecked and out-of-control corporate power, and the intersection of systems that enable and support it.

TLS:  As the International Policy Director, I oversee policy analysis and development, and conduct strategic campaign research and development on our four campaign areas challenging water privatization, the junk food industry, the tobacco industry, and emissions-intensive industries for climate harms. I regularly represent the organization in media, and with government officials from around the world through our official relations with the World Health Organization (WHO), the WHO Framework Convention on Tobacco Control, the United Nations Framework Convention on Climate Change, and the United Nations Economic and Social Council.

EH: What are the most rewarding and challenging parts of your current work?

TLS:  The most challenging aspect of my work at Corporate Accountability International is finding the patience to wait as long as it takes for real systems change to take hold, especially when so many people around the world are suffering right now from the many injustices caused and exacerbated by abusive transnational corporations.

On the other hand, the most rewarding aspect of my work is seeing long bouts of slow-going organizing and time-consuming but genuine relationship-building–providing people an opportunity to be the change they wish to see–come to fruition.  This is most evident from where I stand when courageous governments around the world stand up to powerful corporations and the powerful governments that do their bidding to take up and win fights that prioritize people and the planet over corporate profits.

EH:   In what ways has your work at Corporate Accountability International changed your views about corporate accountability?

TLS: I started as a researcher at Corporate Accountability International.  That work and my current work in the policy space have made it impossible for me to ignore the insidious nature of corporate power and its devastating effects on every aspect of our daily lives.  I often say that once you see it, you simply can’t unsee it.  And you certainly can’t ignore it.

EH: What skills have helped you the most to succeed in corporate accountability?

EH:  Who or what organizations do you look to as leaders in the corporate accountability field?

TLS : Corporate Accountability International is one of very few organizations that work at these particular intersections, with a primary connecting thread around challenging abusive transnational corporations directly.  Among the few others, a handful rise to the top:  Environmental Rights Action/Friends of the Earth Nigeria, Friends of the Earth International, Friends of the Earth England, Wales and Northern Ireland, Third World Network, Global Policy Forum, Asian Peoples Movement on Debt and Development, the Movement for Black Lives, PODER, Transnational Institute, the Global Campaign to Dismantle Corporate Power, Corporate Europe Observatory, and CETIM (Centre Europe Tiers Monde).

EH:   What do you see as the biggest opportunities in corporate accountability/the biggest contributions still needed?

TLS: Climate change is the biggest and most important crisis of our time.  Unless we create the space in which we can make decisions to reverse course, we are hurtling toward a tragic end.  If we can see this need in the context of climate change, it will eventually become self-evident that the change is necessary in all areas of political decision-making that affect people and/or the planet.  When people’s voices and control are restored, and strong and binding regulations hold corporations at bay, accountable for their harms, and remove their license to harm, our movement will finally become obsolete.

TLS:  I envision a world where the concept of corporate accountability and the notion of prioritizing people and the planet over corporations and profit are the norm, not the exception.  In spite of recent political developments in many parts of the world, including but not limited to the U.S., I believe we are moving in that direction, and that the world, just as I did, needed to see the extent and effects of corporate power, to get to a place where it can no longer unsee or ignore the reality we have allowed our governments to create.  Now that we see, we join the global campaign and act together to reverse course and reclaim power.