Taking the Fight to the Interior

What would a utopian Earth look like? Even if it doesn’t exist, is there a way for our current society to take steps towards this ideal society, and who ought to be the judge for certain progress? As someone who is an aspiring politician with a lot of vision on what an equitable society would look like, I’ve often struggled to come up with how this world can come to be. I believe that in introspect, a majority of people inherently share a vision for the world where there is no such thing as racism or discrimination based on being a member of a certain group, but while these flowery imaginations are easy to dream up, it the essentially a question of how that seems to stump any progress in a society where institutional systems are intricate inter webbed with one another. In this sense, I found our session with Representative Hurtado and our recent readings on Bayard Rustin’s “From Protest to Politics: The Future of the Civil Rights Movement,” and “New Left Project’s interview with Charles Mills” to be of particular interest in answering such questions.

Let’s start with the talk with Representative Hurtado. As someone who came from an immigrant background and has fought tooth and nail for the limited resources he had been given growing up, I was inspired by his story as I share similar backgrounds to him as an immigrant. I found his creation of the LatinxEd to be of particular interest to me given that I am currently working with an organization myself in bridging marginalized communities with access to higher education. However, where my opinions contrasted with that of Hurtado’s was the effectiveness of such organizations. I think both of us can agree that socially, having these agents in place is definitely better than not having one altogether, but as I have worked with my respective organization, I felt like even if we were hitting our mission statement of helping marginalized communities it is focusing on only a single aspect of the larger problem. In many times I have interacted with students from these platforms, college application advising often turns into empathetic conversations about racial stereotypes as a barrier, extraneous circumstances caused by financial strains, and just zero hope for social mobility given that their upbringing caused a perception that higher education was meant for those of affluent backgrounds. This perception really put into perspective Rustin’s article where he claimed, “When a Negro youth can reasonably foresee a future free of slums when the prospect of gainful employment is realistic, we will see motivation and self-help in abundant enough quantities.” This idea that certain communities are raised to believe in a certain limitation is the ideology that needs to shattered, rather than focusing on the few marginalized students who need advice on writing the 650-word Common App essays.

In this aspect, I am a strong believer that to really create change, we must focus our time and energy to work within the institutional systems. By definition, while I do agree that nonprofits and organizations like LatinxEd and StriveForCollege (the platform I am working with), are doing a phenomenal job in their field in helping these communities externally from the system, I see that burning down the status quo and rebuilding it from the ground-up is the only way to ensure a world that is equitable for all. This isn’t to say that I encourage militancy and anarchy and justify barbarism as a means to achieve a greater system, but I do think that if we are able to be more involved with our politics as marginalized groups, we can be a forceful agent of change that will dismantle the existing paradigm that is built to give an economic and political advantage to white Americans. Perhaps this belief in working within the system is the underlying purpose for my aspirations to join the political sphere, but for now, I hope to use this summer to be part of internal change. Hence, similar to the viewpoint of Charles Mills, it is definitely possible to take a leap towards our utopia, but we must take more action from within. 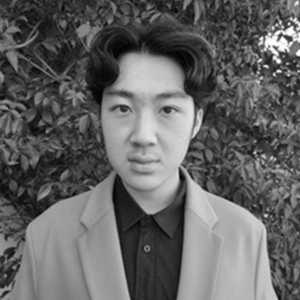 Eric Gim is a current sophomore from Fullerton, California. He is intending to major in Economics with a Concentration in Finance, with a double minor in Political Science and Korean. He’s passionate about the intersection between racial and economic inequality—especially in its role in influencing access to educational opportunities for marginalized communities. At Duke, Eric is an intern with the Nasher Museum of Art as well as a representative in Quad Council.

All posts by Eric Gim