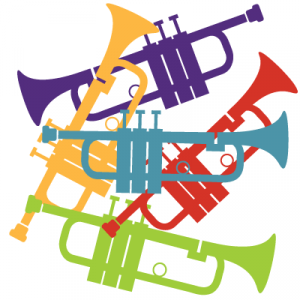 I’ve been a section leader for the majority of the time I’ve played the trumpet, so it was a bit of a shock to come to Duke and be relegated squarely to the middle of the section. It was an adjustment to go from wailing on the high notes as others played supporting chords, to actually playing harmonies rather than melodies. Hearing everyone else talk about their experiences as drum majors in high school, a position I never tried out for, made me feel inferior.  It was as if I’d wasted my eight years of playing and shouldn’t have even tried to join the big leagues of college band.

Then I realized – even in a band like Duke’s, with at least 50 former drum majors, there’s only three people who currently hold that position. And it’s not just that they’re the best (which they are, of course). There’s a practical necessity as well. A band of drum majors would be, well, silent. Similarly, a band consisting entirely of first trumpets would be piercing, high-pitched, and altogether unpleasant.

And then I realized – I’d spent so long playing the solos I’d totally forgotten what it meant to play along with everyone else. I’d spent so long trying to stand out I’d forgotten how to blend in. I’d been apart from the band, and in the process, lost out on being a part of it. So my placement in the middle of the section turned out to be one of the best things that could have ever happened to me.

My voice still mattered, but no longer just on its own. In order to have the desired effect, I had to listen to others around me, and try to match my sound to theirs. It wasn’t enough to play the right rhythms, or to play accurate notes. I needed to work with the rest of my section to put forth a unified, solid sound.

And I realized something else, too. When I played, I couldn’t hear my own sound soaring above everything else, the way I used to. But if I stopped playing, even if just for a second to catch my breath, the music sounded like it had lost a crucial part of its depth. Just because I wasn’t visible didn’t mean I wasn’t important – on the contrary: my role was to support everyone else, and in a way, it felt far more powerful than being the one the rest of the band supported.

Everyone at Duke came here as the star of their own show, whatever that show might have been. There’s something about everyone that made them stand out, something exceptional, something amazing. And one of the great things about Duke is that, with a student body so talented and unique, it’s really easy to take on a supporting role and learn how to take a step out of the limelight. It’s fun, new, and exciting, and more importantly, it teaches a lesson I know I certainly didn’t spend much time on in high school – learning to follow rather than just how to lead. It’s not a case of giving up autonomy and admitting some deficiency in skill. Instead, it’s an affirmation that while everyone here is capable of being an incredible leader, we’re also capable of taking a step back. We’re adding our collective voices to the music of campus, and while they might not be the primary, overarching melodies, the sound, the culture, of campus is richer and fuller because of it.