Syrian: The Necessity of a More Child Centered Approach

By Katherine Gan on August 10, 2018
The Syrian conflict has grown beyond just its borders, drawing the concern of Middle Eastern, European, and American actors. International leaders have debated intensely and split over various issues- including whether to back Assad or seek his downfall, to support the Kurds or side with Turkey, and to stay militarily involved in Syria or withdraw forces. Implicit in all of these discussions is the suffering and humanitarian crisis that inflicts and harms millions of Syrians. To better understand and mitigate the conflict, prioritizing Syrian children and crafting solutions to support and improve refugee services and aid are much needed. Prioritizing Syrian children, however, cannot only come when NGOs ask for aid but rather in a long, sustained effort by political actors to consider children when making diplomatic and militaristic decisions.

To begin, actors should focus on the children suffering in Syria, often the most vulnerable and harmed by the conflict. In 2016, in Syria, one in four conflict related deaths was that of a child. UNICEF corroborates that 2017 was the deadliest year for young Syrians, with a war that failed to distinguish between child and combatant. Geert Cappaleare, the UNICEF director for the Middle East and North Africa furthers that “the protection of children in all circumstances that was once universally embraced – at no moment have any of the parties accepted.”  The World Health Organization notes that the use of explosive hazards, such as mines, has harmed over 3 million children in Syria. While Syrian children have been unfortunate victims of the conflict, even the Syrians that live face numerous obstacles.

For those that have survived, their futures are still in limbo. Many simply want to live peacefully, without fearing for bombs and being subject to constant militant attacks. As a result, younger refugees interviewed least desired returning to, with many young men fearing forced conscription upon return. The constant carnage and violence has psychological effects on children as well, potentially scarring children’s mental health and well-being. The same symptoms seen in children afflicted by World War I– depression, anxiety, psychosis, and an increase in self harm as well as suicide attempts in refugee camps all demonstrate the severe impact the war has had on the younger generation.

In the Syrian war, there have been numerous war crimes committed. Namely, hospitals and schools are under consistent attack, causing children to lose vital access to health services and education. Even for Syrian children that escape their home country to other nations, many also lack access to education in their destination countries Accordingly, experts have termed young Syrians as a lost generation. 43% of Syrian children in neighboring countries still cannot access education, due to a shortage of international funds as well as restrictions placed by host countries on Syrian refugees. Many Syrian children are working to support their families, for salaries that are much less than the minimum wage. In some families, Syrian children may be the only breadwinner because children are more vulnerable and easily exploitable by employees, particularly for lower wages and subpar working conditions. Working Syrian children often report physical abuse and sexual harassment. Those who don’t seek jobs in the formal sector may even be incentivized to enjoy the war. Parties in the conflict may offer salaries of $400 a month in order to encourage recruitment. Yet, since 2014, all parties involved in the conflict have illegally recruited children as young as 7 years old, making them pawns in a larger, violent game.

For the Syrians that do access education, they may even face difficulties when attending school. Unfortunately, even the 57% of Syrians that are able to attend school may eventually drop out, as they face issues with bullying and harassment. Marc Dullaert, the founder of KidsRights, points out that “the successful reconstruction of post-conflict Syria by a young generation of Syrians will stand or fall by the level of educational access we can offer them.” Therefore, if international actors, including the United States, truly want to craft a political solution to post-war Syria, they should empower young Syrians with education that will allow for long standing peace and resolve in the nation. By prioritizing the needs of children, the group that is the most vulnerable, those involved in the conflict may begin to realize how atrocious and ruthless their attacks are and begin to seek strategies that put children and their immediate well-being first.

Taking a child centered framework means ceasefires must be enforced by all sides and safe refuge for children should be emphasized. Political actors should not make schools and hospitals, where children often reside, targets of their militaristic attacks. With this child centered lens, host governments of refugees should recognize that their restrictions on refugees drive young children into exploitative working conditions; therefore, focusing on children means developing adequate laws and protections for them and their parents. For aid agencies, a child centered framework means giving children immediate attention because by neglecting Syrian children, there is no future for Syria. This war may be without an end, but the senseless tragedies and suffering of children must be prioritized. 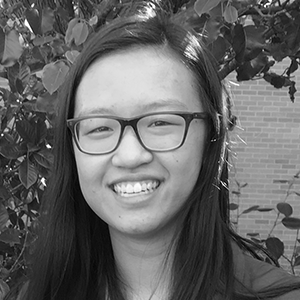