Students often experience their college years as a series of choices, but for Richard Phillips the right decision has often been not to choose. Indeed, much of his life has been about bridging apparently conflicting perspectives—and that approach is integral to his path after graduation. Over the course of his Duke career, he has realized that he is most comfortable in between stereotypical divides—he is biracial; openly gay and a committed Christian; enthusiastic about military service and often critical of the ethics of American public policy. As such, where others see tension, Richard simply sees his life, in which he’s connected and obligated to work with all of the above.

Growing up, Richard understood the value of being part of something bigger than oneself. Service was a key point of emphasis at home; his father is career military, as are his uncles and his brother. This ideal of service was further reinforced at church. He comes from a conservative Christian tradition, and as a gay man that has often generated conflict. However, Richard quips, “I’ve never felt the need to 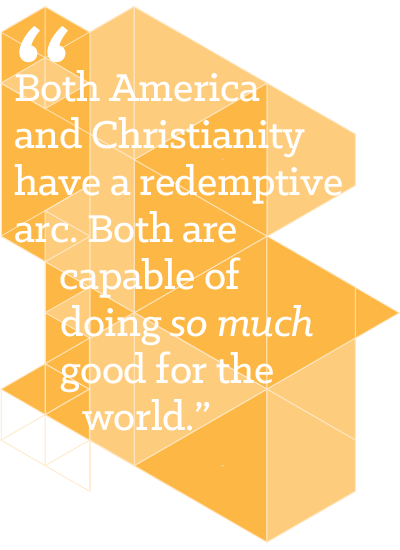 compromise or abandon my faith, because I like it.” He hasn’t wanted to water down what he believes, even if that confuses some of his peers. He understands that although his commitments don’t perfectly align, they are fundamental to who he is.

Coursework for the Ethics Certificate and experiences at the intersection of public policy and ethics have given Richard frames to think about social divides and the hard work of moving past them. His trip to the Arizona/Mexico border as part of the Institute’s 2016 Alternative Spring Break crystalized his interest in human rights and border policy. Meeting with government agencies and NGOs on both sides of the border made him acutely aware of the need for more nuanced approaches to balancing security and human safety. While he feels deep allegiance to his country and compelled to protect it from threats, he wants to work to improve the situation. “It isn’t enough to minimize harm to me,” he says, “We need to be working to uphold and ensure justice and compassion for everyone, no matter which side of the border they come from.” He has since joined a research team focused on DNA identification of those who have perished trying to cross the US southern border.

It’s easy for Richard to critique American policies, but while some of his peers seem to view the state as an adversary, Richard simply thinks there’s more work to do. Yes, America has problems, but that doesn’t justify hating America to him. “Both America and Christianity have a redemptive arc,” he says, “Both are capable of doing so much good for the world.” His role is to work within the system to improve it.

Richard has been part of Army ROTC since arriving at Duke. ROTC was a natural decision for him, given his family’s military lineage. While he’s fielded a number of questions from peers along the lines of “Why would you do this?” when describing his ROTC obligations, Richard thinks his military training and service will connect with his ambitions to make the world better—for everyone. After graduation, he’ll fulfill his service obligation to the Army. In doing so, he hopes to go to law school to become part of the Judge Advocate General Corps. He is already well versed in thinking from multiple points of view.