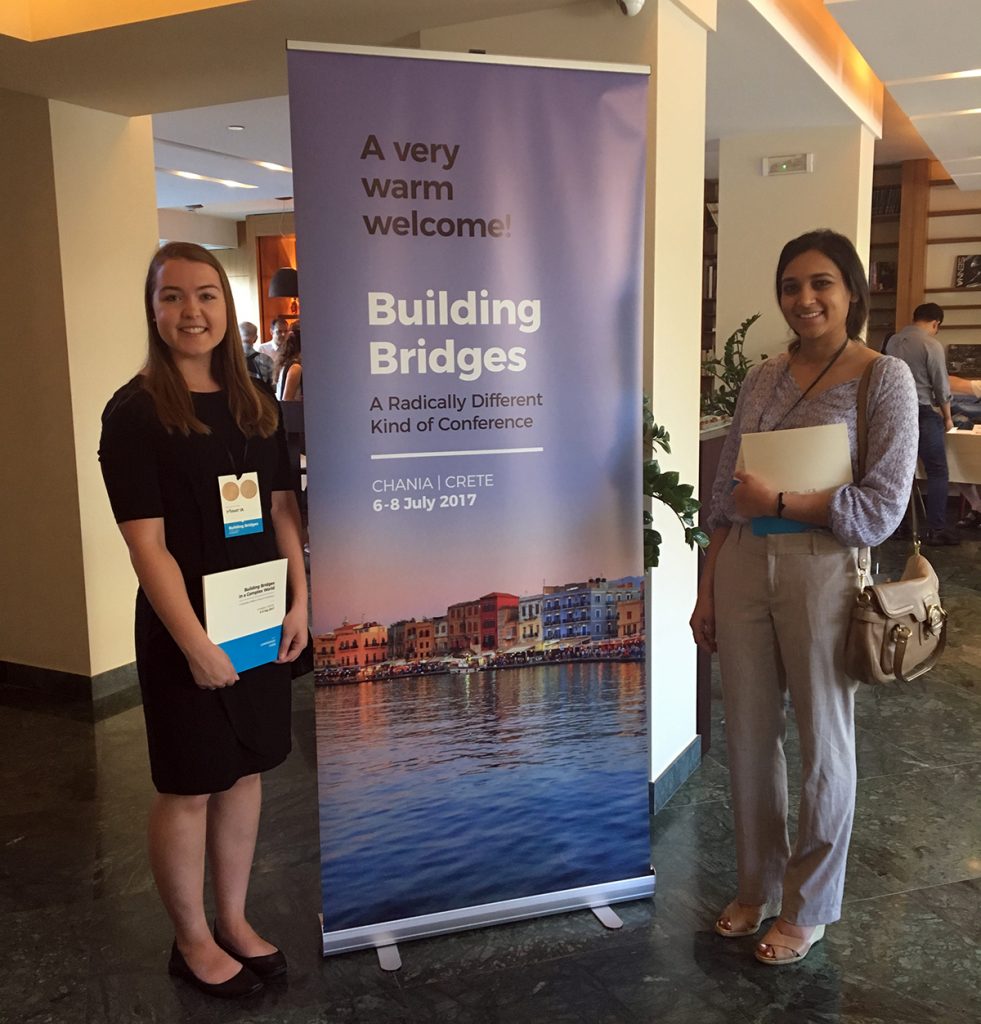 Two rising Duke seniors who were founding members of the Kenan Refugee Project recently presented research to a network of academics and practitioners in Greece as part of the inaugural interdisciplinary conference, Building Bridges in a Complex World.

Maha Ahmed and Maura Smyles worked for three years researching global displacement and interacting with Syrian and Iraqi refugees with findings reported in their paper, “Temporal Experiences as a Force of Oppression: A Case Study of Syrian and Iraqi Refugees in Jordan.” The conference, they said, acted as a culmination of data collected with the help of the Kenan Institute and programs like the Refugee Project and DukeImmerse. The Institute also provided assistance for Ahmed and Smyles to travel to the conference.

“We had the incredible opportunity to not only share our own work, but also learn from and network with many scholars and activists from around the world,” said Ahmed, who has helped grow the Kenan Refugee Project, a community-based research and advocacy effort. “Learning about their incredible work on social justice and human rights issues was both intellectually stimulating and incredibly inspiring for us as first time conference-goers.”

At Building Bridges, Ahmed and Smyles spoke to attendees about findings from their paper, which included 81 interviews between 2014 and 2016 with refugees living in Amman, Jordan. Each interview subject described a typical day, and responses were recorded and coded for references to the passing of time. Ahmed and Smyles found that refugees awaiting resettlement perceived time to be a source of oppression that creates a sense of powerlessness over their daily reality and imagined future.

“We illustrate that the indeterminacy of the resettlement process, which is entirely at the discretion of humanitarian organizations, is oppressive and contributes to an unequal power dynamic between each individual refugee and the humanitarian institution,” they write in the paper.

Ahmed and Smyles noted that their findings add to other financial and cultural capital imbalances between refugees and organizations meant to help them, concluding that policy reforms are needed to reduce the negative impact forced displacement has on the lives of refugees.