In my role supporting digital organizing at Durham For All, I am learning about the importance of storytelling for mobilizing people to take action. As I have crafted email communications, participated in group meetings and made phone calls to Durham residents about our 10 to Transform Campaign, I have seen how a compelling story can effectively evoke the emotions that make agency and action possible in conditions of uncertainty.

Durham For All re-introduced me to an approach to communicating and organizing called public narrative, a framework developed out of Marshall Ganz’s work with Cesar Chavez and the United Farmworkers in the 1980s in California.  Public narrative teaches that stories can draw out action-motivating emotions including urgency, anger, hope, solidarity, and ‘you can make a difference’ that help overcome the action inhibiting emotions of inertia, apathy, fear, isolation and self-doubt. Working with Lead Organizer Bennett on drafts of emails to send to different segments of our list of over 6,000 people, I learned that the most compelling stories are those that illustrate choice points and outcomes with concrete details including sights, sounds, and smells. These stories can show, rather than tell, how the values of the storyteller influenced their choices and present opportunities for readers or listeners to act in alignment with their own values, too.

My time with Durham For All has deepened my commitment to relational organizing and the long-term strategy of building political power by bringing people together to work on campaigns. I’ve had the privilege of participating in Durham For All’s “Campaign College” since January and am now working alongside other Member Leaders on our 10 to Transform campaign. At “Campaign College” we went step by step through the process of building a campaign, from learning about the importance of planning campaigns around specific, measurable and meaningful goals to learning how to turn a constituency of people with shared interests into a base that takes action.  We also learned about Durham’s political landscape and identified and evaluated campaign opportunities until we landed on our current campaign to shift resources from policing to community care and safety.

In partnership with Durham Beyond Policing, D4A’s 10 to Transform campaign calls on the Durham City Council to transfer 10% of the Durham Police Department (DPD) personnel budget to a new Department of Community Safety that will hire 911 responders who are unarmed and trained to address mental health crises and de-escalate conflicts. Durham For All’s letter to City Council cites the recent RTI analysis of DPD’s use of force, which shows that 87% of 911 calls are resolved without an arrest. It explains that there are roughly 60 vacancies in DPD and presents the opportunity to hire 60 unarmed crisis responders to fill them, rather than 60 more police officers.

On weekly phone banks, my team is calling Durham residents to listen and share stories that illustrate what it would take for our entire community to experience safety, care and belonging. Engaging stories in this way helps re-imagine what safety and care can look like in Durham. On the calls, we listen and ask questions around our vision of shifting from a model that so often criminalizes people in crisis toward one that meets them with the resources and care they need. We also share information about the upcoming budget vote and invite people to sign on to our letter.

We felt the urgency of the campaign demands while making phone calls throughout the Derick Chauvin trial and as we learned of the deaths of Duante Right, Ma’Khia Bryant, Adam Toledo, and Andrew Brown Jr. at the hands of the police. Our campaign responds to the visionary call to imagine and build a world without police and prisons with concrete actions and practical steps. The deadline of the city budget vote on Jun 21 gives us a sense of the urgency and of the possibility of change. Almost everyone I speak with on the phones is enthusiastic about community care and believes that another way is possible with safety, respect, and dignity for all.  Please read our letter to City Council and consider signing your name. I’m on the Monday phone banking team and would love to have you join us there, too. Sign up here! 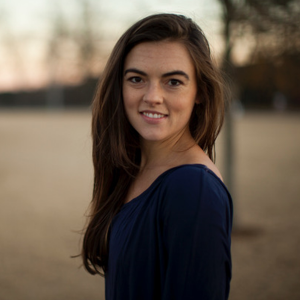 Courtney Crumpler is a second-year student in the MFA in Dance. Her research situates protest performance, political organizing, and popular education as embodied praxes. Courtney is excited to deepen her work with the multiracial and cross-class progressive movement Durham for All, moving toward a vision for a Durham with homes, education, economy, sanctuary and democracy for all alongside some of the most inspiring and talented organizers she knows.

All posts by Courtney Crumpler