The terms “COVID-19” and “new normal” seem to go hand in hand these days. The pandemic has caused unprecedented changes to our routines and social behaviors, but the resources we have used to communicate with each other are not entirely new. A good example is how the countries of Southern Europe reacted to their stay-at-home orders. From the domestic sphere of their homes, many people have tried to create a new sense of the “common,” to find comfort and healing in their neighbors. This strategy represented the only possible face-to-face (or ear-to-ear), non-virtual social interaction during the confinement, a time when sound has become central.

In Spain, the stay-at-home order began on March 14th, banning citizens from leaving the house except for groceries or going to the pharmacy. It was not until May 2nd that Madrid’s neighbors could leave their houses for a daily stroll. Here, the current influence of sound will likely last for generations, who will associate 8:00pm with the moment of the day when you drew back the curtains, raised the blinds, opened the windows, and started clapping. In this moment, citizens could all hear the sound of their neighbors’ hands clapping, even if they could not see them, since clearly those with rooftop apartments or balconies had many more possibilities than those living on the ground floor. This new ritual has been a way to thank and support those workers who have been facing the risk of exposure to the virus on a daily basis, from doctors and nurses to hospital cleaning staff, supermarket employees, and farmworkers. While this was the main purpose of the collective applause, it soon became a time to meet with others, to check if they needed something and if they were heathy. Many other counties set a daily time for similar acts of gratitude, a form of transversal aurality (that’s to say, not restricted to occupied political positions) that allowed people to build community while practicing social distancing. These sonic worlds have had similarities, but also vary depending on each context, which is why I will focus on the ways sound has taken a central role in urban Spain during the coronavirus crisis.

In a matter of days since the confinement started, sound generated a new aural sense of neighborliness that had long been lost in most modern capitalist societies. Those who had a musical instrument at home played it for their neighbors; in the absence of musical skills, others started improvising karaoke by singing a line of a well-known song and allowing others to continue the lyrics. In Italy, people have often performed “Bella Ciao,”  the anthem of the anti-fascist resistance during WWII, as well as other popular songs such as “Azzurro” and “Volare.” Similarly, in Spain, neighbors have chosen to popularize again “Resistiré,” a famous song from 1988 that advocates resistance in the present and hope for a more joyful future to come. These short breaks from the terrifying data repeatedly broadcasted in the media have proven to be one of the most powerful sources of collective strength in the past couple of months. Inside houses, music has also represented an important way to fight isolation, a good example being the online concerts that artists have been streaming. Singers have organized online music festivals, as well as individual ‘live music’ performances, turning these virtual experiences into a global space of consolation. For those living miles away from their loved ones, these initiatives have made it possible to find a relaxing space in common, away from the anxiety generated from spending the pandemic apart from each other.

This symphony in times of COVID-19 started as a peaceful chorus to support one another, to mourn the victims, and to thank the professionals on the frontlines… However, as days go by, the charged political climate that dominates the Spanish parliament started to be echoed in a newly polarized soundscape across the nation. Right-wing demonstrators, that started in Madrid’s most exclusive neighborhood, have begun performing their own of aural protests against the government, involving a collective banging of pots and pans that is known in Spanish as a cacerolada. Madrid’s soundscape is now divided between those who still clap at 8 o’clock, and the new noisemakers of the right-wing caceroladas at 9 o’clock. The earlier sense of community and solidarity contrasts with the current exchange, a noisy dialogue carried out from windowsills and balconies between 8 and 9pm. This aptly demonstrates the amount of meaning and information carried by sound. Nevertheless, this exchange is no longer only auditory; participants in the caceroladas often hang Spanish flags from their windows and balconies, including what are known as “pre-constitutional” flags that bear the symbols of the repressive dictatorship of Francisco Franco. A few days after the caceroladas began, the far-right party VOX organized a car demonstration. Once again, discontent with the government’s policies was demonstrated by invading the sonic sphere with the honking of car horns, rupturing the silence and drowning out other voices.

Since the beginning of this pandemic, sound’s capacity to communicate meaning has been perceived in many corners of the world, through such media as shattered windows, police sirens, slogans, and gunshots. In Spain, the confinement has set off a new soundscape that has generated equally new—and constantly changing—social significations. In this Southern European country, the aural sphere has proven to be a reliable medium to share both messages of support and messages of frustration. But it should also be remembered that the use of sound and music as protest and community-building tools is not specific to this particular crisis: many other examples could be listed of times when sound served as one of the most powerful means to find a sense of belonging and togetherness. My research on protest music during the dictatorship of Francisco Franco has led me to value the relevance of musical performance under the repressive regimes of 20th century. Musical spaces have allowed for people of different ideologies, identities and backgrounds to enjoy a common time and space while singing along to lyrics of resistance. Today’s context has its own particularities that differ greatly from the circumstances I study, and yet once again we see the power of music to build comfort and communion in times of crisis. In our “new normal” we are using previous tools of resilience, but it is possible that our use of these old tools has created new senses of the “common,” the “public,” and “justice” that will persist after this pandemic is over. 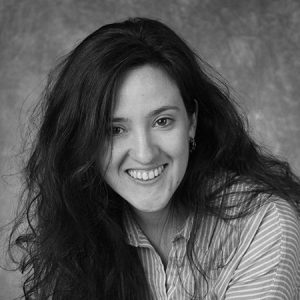 Elia Romera-Figueroa is a PhD candidate in the Romance Studies Department, where she works on Iberian Cultural Studies. She is also a Fellow Researcher at the Duke Social Movements Lab. Her current research focuses on female singer-songwriters in the Spanish State from the late 1950s onwards, reevaluating the ways to study this genre in light of the singers that her research recovers. Her interests include 20th-century Spanish popular culture, performance studies, cultural icons in Spain and Latin America, gender and sexuality studies, social movements, memory and postmemory studies. She has recently published an article entitled “Voiced Postmemories: Rozalén’s ‘Justo’ as a Case Study of Singing, Performing and Experiencing Reparation in Spain”, and she has written a chapter, “Voces de mujeres en el largo 68: Cantautoras y represión estudiantil en Chile y España”, in the book en Devenires de un acontecimiento: Mayo del 68 cincuenta años después.

All posts by Elia Romera Figueroa