Social change: the dual importance of doing no harm while doing good

By Henry Kistler on July 22, 2018
Many people might assume that social change is limited to flashy projects, big budgets, and high profile recipients; after all these are the projects that often make headlines and inspire people around the world. Others may assume that successful social change is best achieved through incremental progress. This means building capacity step by step, achieving a small but sustainable rate of change that adds up over time. A company’s values determine what its social change efforts should be and whom it should impact. Initiatives that work in one place may fail in another. Two of SAS’ values are curiosity and innovation. These values help shape its efforts to drive social change. SAS achieves social change by combining a hands-off approach overseas that lets its foreign offices adapt initiatives to the local culture with more domestic efforts. At home in the US, SAS achieves social change in part by ensuring that its products and business processes are designed with human rights in mind.

SAS achieves social change globally by allowing its global offices to run some of their own CSR initiatives. As a global company, SAS has offices in many countries around the world, from the Middle East and Europe to South America, making it difficult to determine exactly which change model to follow. Each of these places has a different set of values and customs; an initiative that might work in France would fail miserably in Argentina. SAS tackles this challenge by letting its offices run some of their own CSR programs independently. During my work I have gotten to preview some of the foreign offices’ CSR supplements to the main SAS CSR report; they detail variations in programming that might not be readily apparent to an outside observer. For example, recycling is huge in Europe but is not as common in some South American countries because it’s not embedded in the culture and they lack recycling facilities. By enabling its offices to take responsibility for their own initiatives, I think that SAS achieves social change more effectively in these locations because it is adapted to the local culture rather than imposing initiatives only by executive decree.

Data privacy is a challenging topic for SAS and one area where it is critical to design products with human rights in mind to achieve positive social change. Recent legislation, such as the General Data Protection Regulations in the European Union, have made these concerns more pressing for any company that processes European citizens’ data. Due to its position as a major supplier of data analytics software to governments and businesses around the world, SAS software handles a wide variety of sensitive data in the EU. SAS uses industry standard protections and is beginning to incorporate “Privacy by Design” principles into its software to accommodate privacy concerns. “Privacy by design” is the idea that privacy principles and human rights protections will be built into business processes and technology in the beginning rather than added at the end. If SAS’ software was to be used by the wrong party or somehow hacked, it could be used achieve enormous social harm. Doing no harm is one of the best ways to achieve social change, because it allows SAS technology to be used for its intended purposes and only achieve a net positive in society. I think that SAS has done an excellent job at raising awareness of the potential harms and ensuring that its technology is secure enough to avoid potential problems. Protecting customers and user’s privacy by ensuring that it is a core part of the design of products helps everyone in the long run. One only has to look at Europe’s past experiences with repressive governments to understand the importance of doing no harm.

SAS’ Code of Ethics is another effort that helps the company achieve social change, as it raises awareness in the company of the values and priorities that should guide its business. One of my primary tasks this summer has been to assist the Legal Department in overhauling the Code of Ethics to align with modern standards and industry best practices. For example, when the original document was created privacy concerns were not as pressing as they are in the current era of big data. The document is supposed to set the tone of business for the company by showing how employees should act ethically in many situations. I have found the Code of Ethics to influential in informing other corporate policies and encouraging employees to have an impact in the community. I think that people generally want to do the right thing, and the Code of Ethics makes the company more successful in achieving social change. By empowering employees to volunteer and raising awareness of issues they may face, social change can be more effectively pursued because employees feel supported when helping out causes they are passionate about. SAS encourages this passion by funding some prominent educational initiatives in STEM related to its core identity as a technology company and matching some types of employee donations. 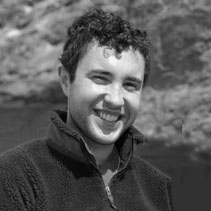