What it Means to be a ‘Refugee’

“All my life was happy…You know maybe the media make Iraq a very bad Iraq…before 2003…It was a very beautiful life in Iraq…I had a very good life but it changed.”

This quote was taken from the first interview I conducted in Amman with a woman who had been in Jordan since 2003. Her family was extremely well-off and politically connected, and her life in Iraq as she describes it was beautiful, easy. She lives now in a small apartment, working illegally as a secretary, because refugees are not allowed work permits in Jordan. Her home provides clues to a life she once lived; the furniture imported from Turkey, the statues, and objects brought over from Iraq, all pointing to a life very different than the one she lives now in Jordan.

I had no idea what “kind” of refugees we would be interviewing. I knew the basics, that the media’s one-note image of young children and families, poor or starving could in fact be the people we were interviewing. I also thought that I was critical enough to see beyond that, to see refugees as people coming from all walks of life and backgrounds. I figured the reports I had read, the research I had done, the stories I had heard from classes and the local refugee tutoring I do in Durham meant that I understood that refugees were not all helpless and lacking agency. But these stereotypes were still present as soon as I opened the door to the woman’s apartment and saw her beautiful home, my mouth wide open, feeling dumbfounded.

As a low-income, first-generation college student attending a top school such as Duke, my idea of control, agency and independence has been tied to being financially stable. To obtain a degree at a prestigious school, and use that to obtain a well-paying job means to have agency. This assumption, carried over to how I perceived refugees. Can someone with a high education, financial prosperity, and prominent family connections come into the circumstance of being a refugee? Absolutely.

I don’t know why this never crossed my mind, but when I pictured who I would be interviewing, I did not have the imagination to picture someone who came from a comfortable life. Because doesn’t that inherently change the image of a refugee and their home country? If someone comes from a place of happiness and wealth, does that change our image of the “vulnerable refugee”? Does it make them less worthy of help? Listening to the woman’s story, her life turned upside down in a single night of terror and violence, fleeing to Jordan, and remaining here in Amman made me come face to face with my ignorance. Anyone can be a refugee, anyone can face persecution.

Upon hearing this woman and her story of the life she lived in Iraq, it became clear that she was absolutely right about the media’s false portrayal of Iraqis. Maybe her life was the exception to the rule, but even so, I have never seen the media portray Iraq as anything other than a war zone, a place that “needs” salvation, a place of danger, a place of poverty.

My very first interview with a refugee in Jordan was unlike anything I expected, and that was an important learning moment for me. Refugees are people from all walks of life. We can’t forget that refugees are not simply “vulnerable subjects”. Refugees lives before conflict were diverse and different, some coming from poverty, some not. The backgrounds of these refugees does not increase or lesson their “vulnerability” or their “need”, it does not make their refugee story more common or more unique. Their lives before are different than the lives they lead now. Iraq should not have to be described as a place of terror and sadness for a story to be believed. Iraq is complex, multi-faceted, and holds many different realities for people, besides the one we see on T.V. Iraq can be beautiful, and still be a place to flee from. 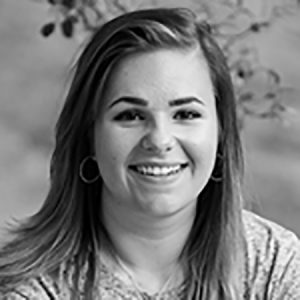 All posts by Sloan Talbot